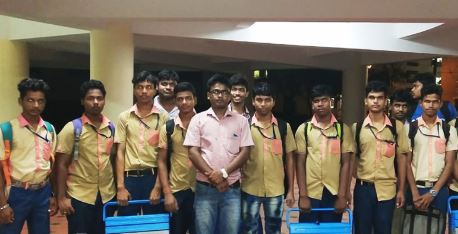 Rourkela: Tension prevailed at the Government Industrial Training Institute (ITI) in Rourkela following the death of a student in a train mishap.

Bhaskar Sahu accidentally slipped off a running train in the Steel City. He was among 37 ITI students engaged in power supply restoration work in Bhubaneswar, devastated by cyclone Fani. He died while returning to Rourkela after completing his assignment on Thursday, sources said.

Enraged over the incident, irate ITI students locked the gates of the college and staged a demonstration demanding Rs 25 lakh in ex-gratia for the bereaved family.

They also argued that had the ambulance reached the spot on time, Bhaskar could have been saved.

The college authority has released a cheque of Rs 5 lakh to Bhaskar’s family as first-phase compensation.