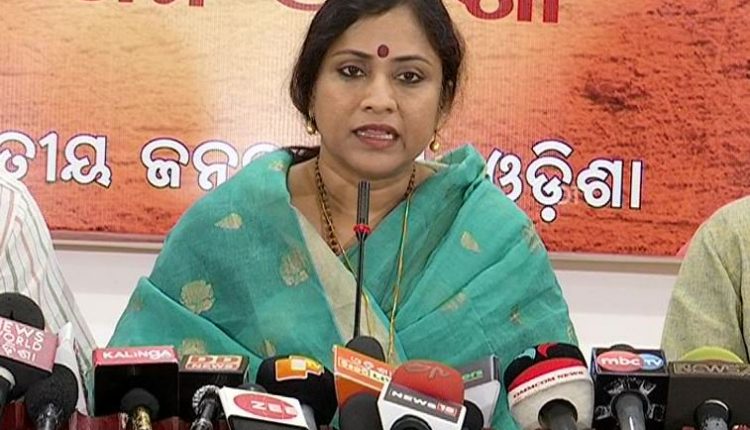 Bhubaneswar: The BJP on Wednesday alleged that Smitarani Biswal, the panchayat executive officer (PEO) of Haridaspur in Odisha’s Jajpur district, was pressurised by the ruling BJD to validate encroachment of government land by Ramco Cement Ltd.

“The Ramco Cement has encroached hundreds of acres of government land. To legalise the encroached land, the local BJD leaders on behalf of the company were putting pressure on Smitarani,”  BJP State Secretary Lekhasri Samantsinghar told mediapersons here.

While other companies had set up their units in Jajpur districts with the approval of the Gram Sabhas, the state government provided land to Ramco Cement without the due process, she said.

“Apart from this, the lady PEO was also pressurised to allot houses under Biju Pucca Ghara Yojana in a fraudulent manner.  Let the state government, which claims transparent governance, order a CBI probe into these incidents,” she challenged.

Smitarani was found dead in the guesthouse of Rupesh Bhadra, the husband of Haridaspur sarpanch, on October 16.  Police had later arrest him for his alleged involvement in her death.

The BJP and father of the deceased had earlier accused the state government of trying to cover up the murder by claiming that she had committed suicide and had died of asphyxiation.