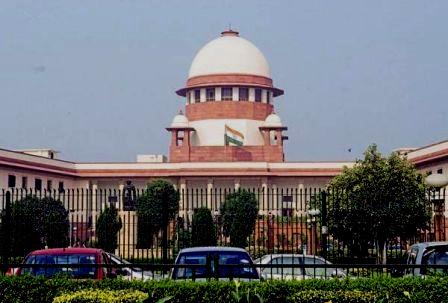 New Delhi: The Supreme Court on Wednesday confirmed the death sentence of Akshay Singh, one of the four convicts in the 2012 Nirbhaya gang-rape and murder case, saying there was no ground to review the verdict.

“Review petition is not re-hearing of appeal over and over again,” a three-judge bench said, dismissing the last such petition in the case.

The convict can plead for mercy before the President within one week, the bench said.

The convict had questioned the woman’s dying declaration and argued in court that he deserved mercy as the “pressure to implicate him had been overlooked” and there had been inefficiency to catch the “real perpetrators”.

On the other hand, Solicitor General Tushar Mehta argued: “The convict doesn’t deserve any leniency. God would feel ashamed of creating such a monster. There are certain crimes where ‘humanity cries’ and this case is one of them.”

A new bench heard the review petition after Chief Justice SA Bobde recused himself on Tuesday, saying one of his relatives had represented Nirbhaya.

The review petitions of the three other convicts — Mukesh (30), Pawan Gupta (23) and Vinay Sharma (24) — had been dismissed earlier. Of the six accused of Nirbhaya’s rape and murder, four were convicted, Ram Singh committed suicide and a juvenile was released after three years in a reform home.

Asha Devi, Nirbhaya’s mother, has said she is “very happy” with the Supreme Court’s confirmation of the death sentence for Akshay Singh.

“It is good and we have gone a step closer towards justice,” she told the media minutes after the top court issued its order. “He had time. In the last 18 months, the other three appealed, but he did not. They gave him time to appeal, to file mercy petitions. He did not. I am very happy,” she added.