Bhubaneswar: Prof Jayanta Panda has been elected as president of Cuttack Club by polling 588 votes against his nearest rival Sanjukta Mohapatra, who got 430 votes.

While Janmejaya Mohapatra is the new vice-president, Jasobant Das has been elected honorary secretary of the club by a narrow margin of 10 votes. Satyamohan Rath has won the election to the post of new joint secretary and Satyasovan Nanda is the new treasurer.

The election of officebearers in one of the premier heritage clubs in the state was held on Sunday. The club was established in 1865 inside the Barabati Fort area. 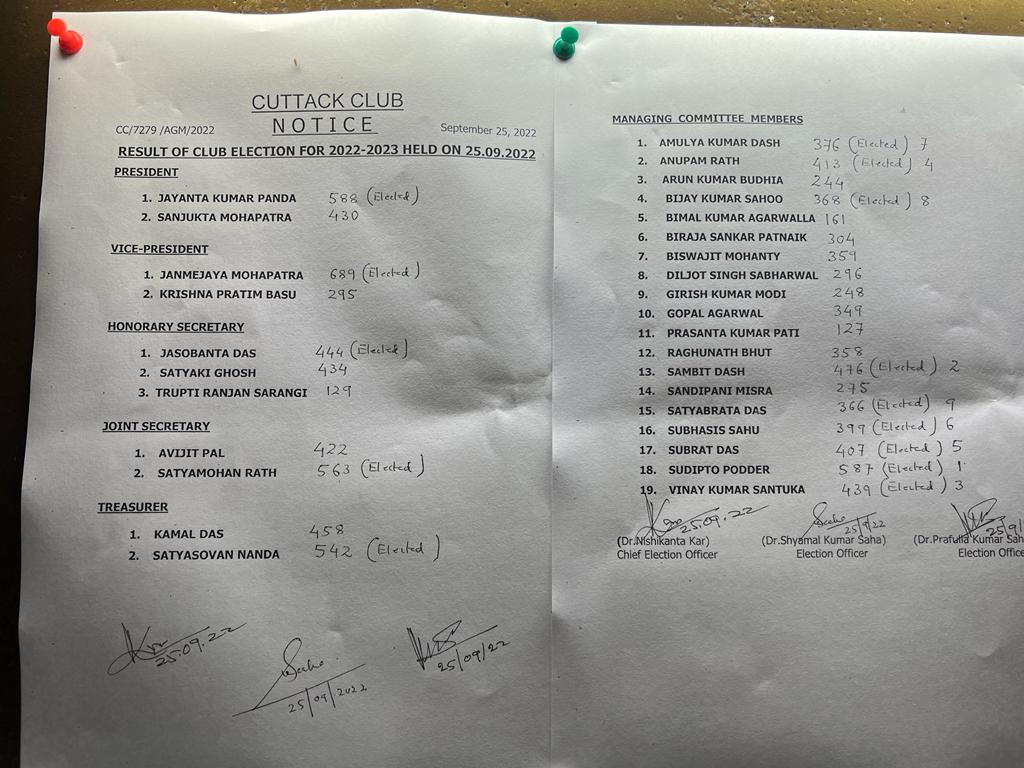