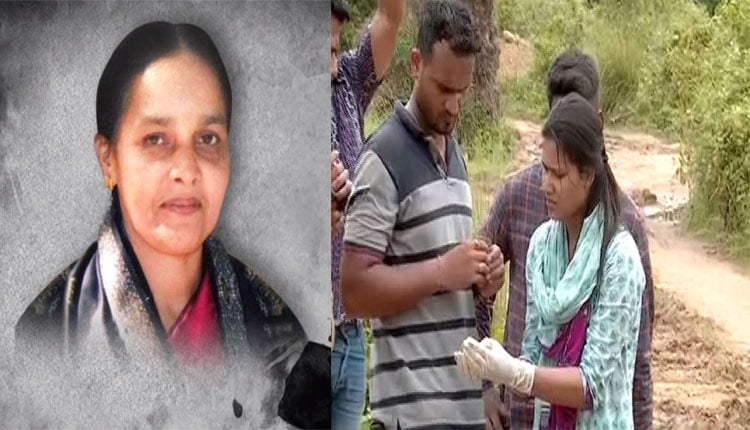 Bhubaneswar: Following the 30-day interim bail to the main accused in the sensational murder of Jayashree Mishra in Odisha’s Sambalpur town, her daughter Bijayani has raised concern over the safety of the witnesses in the case and sought police protection for them.

“With the main accused, Basant Panda, in my mother’s case being granted parole for three months, we are terrified as well as disturbed,” said Bijayani. She has also petitioned IG (northern range), SP (Sambalpur) and IIC of the police station concerned.

Bijayani fears for the life of the witnesses since they all belong to the same village. “The two prime witnesses – Chaitnya alias Manu and Sanjib Panda – are staying in the same village where the main accused is from. Necessary police protection is essential as the family members or other associates, relatives who collaborated in destroying evidence and harbouring the accused are yet to be interrogated,” she wrote.

She also mentioned about her September 8, 2021, representation in which she had stated that Panda’s family had been trying to influence Chaitnya and sought necessary protection for all witnesses on an urgent basis. “But, no precautionary measures have been taken by the Town Police, Sambalpur, so far,” she added.

The incident occurred on October 13, 2011, when Jayashree Mishra of Nandapada in Sambalpur town had gone to distribute the marriage card of her daughter. As she did not return to her house, her daughter lodged a complaint in the Town police station naming Panda, a distant relative of her mother, as the killer. Instead of registering a case, police remained silent with the station diary mentioning that the woman might have eloped with someone. Despite Bijayini’s fervent requests for a thorough investigation, police did not register a case.

Meanwhile, Bijayini left for Delhi to pursue her higher studies at Jawaharlal Nehru University (JNU). But, she continued her pursuit to trace her missing mother by personally contacting the Town Police IIC, Sambalpur SP and the DIG, Northern Range and requesting them to reopen the case. After failing to get any response, she finally met the then Director General of Police (DGP) RP Sharma in Cuttack on June 17, 2019, and requested his intervention in the matter.

Taking account of her ordeal, the DGP directed the Sambalpur police to register a murder case and arrest Panda on the basis of her complaint.

During interrogation, the accused, while admitting to his crime, told the police that he had left for Haridwar after giving Rs 200 to his associate Chaitanya Kanra to dig a pit and bury Jayashree’s body.

Police later took the accused to a place near his native village Badasinghara on June 26, 2019, and exhumed the remains of the body with the help of a JCB in the presence of the police, the magistrate and a scientific team.

Not content with the arrest of the accused, Bijayini later met the then Crime Branch ADG, Santosh Upadhyay on July 28 and requested him for a thorough investigation into her mother’s murder. The ADG later directed the police to reopen the case.

On the basis of the DNA test report, police produced the accused in the court which remanded him to jail after rejecting his bail plea.

On September 16, the Orissa High Court allowed him interim bail of 30 days on furnishing Rs 50,000 with two local sureties each for the like amount since no serious objections were raised by the counsels. The order further said that only one of 42 charge sheet witnesses has been examined till August 2, 2022.