Joint probe into kneel down punishment to students in Nayagarh 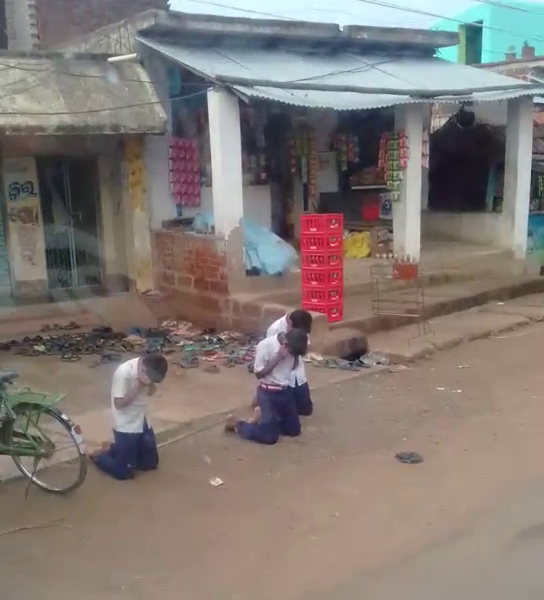 Nayagarh: The women and child development department and Nayagarh district programme coordinator (DPC) and Sarva Siksha Abhiyan on Friday started a joint probe into the June 29 incident in which a tutor made three of his students to kneel down on NH-57 at Pandsuara village in the district.
The district child rights officer has also issued a show-cause notice to the tutorial manager and sought reply in this matter in the next 36 hours.
According to reports, three students of a private tutorial were forced to kneel down on the National Highway by their tutor Gobinda Chandra Pradhan. Though the incident took place under Itamati police limits on Thursday afternoon, it came to light only after a video on it went viral.
The incident created widespread resentment as the state government has put a ban on corporal punishment in schools and any violation attracts punishment for the guilty teachers.
This comes close on the heels of the kneel down punishment meted out to four Home guards by their reserve inspector at Baripada for violating dress code

Congress to gherao block offices over farmers’ plight on July 7