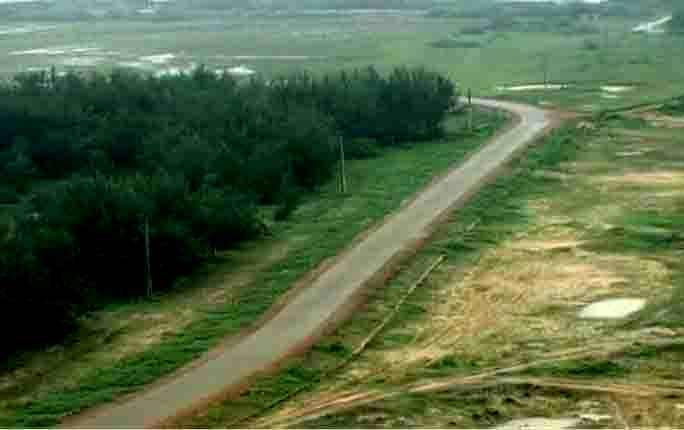 Bhubaneswar: The redesigning of the Coastal Highway map by the Ministry of Road Transport & Highways has come as a big disappointment for Odisha.

During the Nabakalabara festival in 2015, Union Minister for Road Transport & Highways Nitin Gadkari had announced in a function at Pipili in Puri district that the construction of the Coastal Highway in Odisha will begin very soon. The 440-km highway was proposed to be constructed from Gopalpur in Ganjam district to Digha in Balasore district under the Bharatmala project.

Among others, Chief Minister Naveen Patnaik, the then Food Supplies and Consumer Welfare minister Sanjay Das Burma and Union minister Dharmendra Pradhan were present at the meeting.

Later, a high-level meeting presided by the chief secretary on November 15, 2019, proposed a modification in route map of the coastal highway with a total length of 370 km from Satapada in Puri to Digha via Puri, Konark, Astarang, Ratanpur, Dhamra, Basudevpur and Chandipur. On the basis of the proposal, the state government has allowed the construction of the highway.

However, the Coastal Highway map has been redesigned on the basis of the report by the expert committee formed by the Ministry of Road Transport & Highways and the Ministry of Environment, Forest and Climate Change.

As per the new design, the proposed highway to be constructed at an estimated cost of Rs 2765.81 crore will be from Tangi in Khurda district to Ratanpur in Bhadrak district via Puri, Konark, Astarang, Naugan and Paradip. The total length of the highway passing through Odisha will be 177.11 km.

The state government, which had no information about the decision of the expert committee to redesign the Coastal Highway at its 246th meeting on October 20 last year, came to know about this after a briefing by the senior officials of the National Highway Authority of India (NHAI) at a high-level review meeting presided by the deputy chairman of the State Planning Board Sanjay Das Burma at the Lok Seva Bhawan on Wednesday.

Soon after the meeting, Das Burma apprised the Chief Minister of the present status of the Coastal Highway.

Notably, the expert committee in its report said the original design of the Coastal Highway in Odisha violated the CRZ (Coastal Regulation Zone) rules. The construction of the highway might affect the drainage of water of 11 rivers especially Devi and Mahanadi due to the construction of huge pillars on the river bed.

Besides, 17,278 trees will be felled and 21.42 hectare (ha) of forest land destroyed while the Balukhand Sanctuary and the nesting site of the Olive Ridley turtles along the coastline will be severely affected. Taking all these into consideration, the expert committee has redesigned the highway map with a reduction in its length by 71.475 km.

As per the new design, about 797.03 ha of land will be acquired for the construction the highway, of which 254,963 ha is government land and 542.07 ha private land. The new design will not affect flora and fauna while only 7833 trees will be felled.

The expert committee said if the new design gets approval, only 488 families will be displaced. It further said though 20 long bridges and 69 small bridges will be constructed over 16 rivers and tributaries, there will be no drainage problem.

Apart from the construction of the river bridges, the Coastal Highway will have four railway over-bridge and two railway flyovers.

Serial Killer: Man Murders 18 Women After Being Cheated By Wife