JSW Project In Odisha: Land Acquisition Process Continues Amid Demand For Withdrawal Of Police From Site 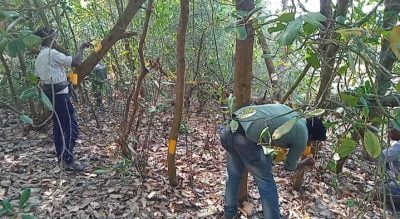 Jagatsinghpur: The land acquisition process for the proposed steel plant of JSW continued in the district on Friday even as different political parties and students’ unions demanded withdrawal of police force from the project site.

As part of land acquisition process, the identification of trees that will be felled for the project in private land of Govindpur village was carried out with the help of land owners and in presence of local tehsildar and other officials. More than 800 fruit-bearing trees like coconut and cashew were identified and marked.

Similarly, measurement of betel vines in Dhinkia, Patana and Mahala villages was carried out to pay compensation to them. Till date, 386 beneficiaries have been paid around Rs 8.90 crore in this regard. Besides, the company has paid Rs 6,000 more to each villager whose betel vines were destroyed for the POSCO project.

Meanwhile, a delegation of different political parties arrived at the project site in Dhinkiatook to take stock of alleged police violence on villagers who were protesting against the project last week. They also discussed the land acquisition issues with the villagers. 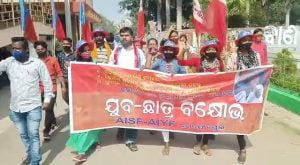 At the same time, members of AISF, the student wing of CPI and AIYF, the youth wing of the party staged a demonstration in front of Jagatsinghpur collector’s office in support of their 11-point charter demands.

Their demands include withdrawal of police force from JSW project site, judicial probe into alleged lathicharge on villagers, protection to the affected people and shifting the proposed plant to another place. They also submitted a memorandum addressed to chief minister Naveen Patnaik to the collector.