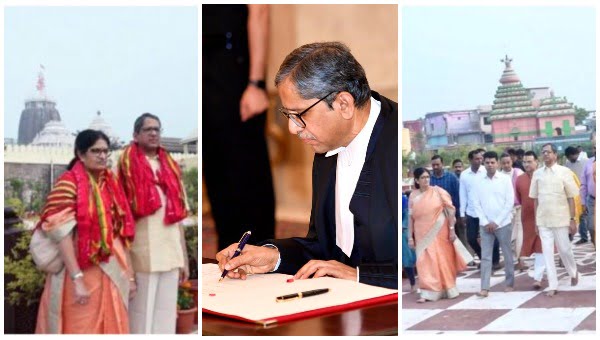 New Delhi: Justice Nuthalapati Venkata Ramana was sworn in as the 48th Chief Justice of India by President Ram Nath Kovind at a brief ceremony held at Rashtrapati Bhawan on Saturday.

He hails from an agricultural family in Andhra Pradesh and served as Chief Justice of the Delhi High Court before being elevated to the Supreme Court in February 2014.

Justice NV Ramana had visited Puri town in 2019 and 2020 to pay obeisance to the sibling deities at Jagannath Temple.

He had last visited the Pilgrim Town with his wife on January 25, 2020, before the outbreak of the COVID-19 pandemic.

Puri Jagannath Temple Open For Darshan From 7 AM To 9 PM; Closed On These Days, Check…