Kangaroo Court! Family Ostracised For This Reason In Odisha’s Kendrapara 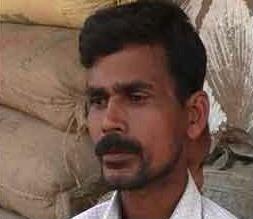 Kendrapara: The family of one Khageshwar Das in Shilapokhari village under Rajnagar block in Odisha’s  Kendrapara district has been ostracised by the villagers after he objected to the construction of a community centre in front of his house.

Not only this, the Kangaroo court also imposed a fine of Rs 150 on any villager found speaking to the family members of Das.

As per sources, the village people had proposed to construct a community centre in front of Das’s house but he and his family opposed this decision, stating that they will face problems in entering their house.

As the villagers did not heed, Khageswar sought the help of police. This infuriated the villagers who conducted a Kangaroo court and ostracised the family. The family has been restricted from attending any function in the village.

Moreover, they have also constructed a community centre in front of Khageswar’s house.

“When we were not in our house during lockdown period, the villagers constructed the community centre in front of my house. I am facing problem to go outside of the house now. I have given a written letter to the tehsildar but they did not take any action,” said Khageswar.

Meanwhile, Rajnagar police station IIC said they have not received any complaint regarding the matter.

Crack In Farmers’ Unity: 2 Unions Pull Out Of Agitation After Tractor Rally Violence