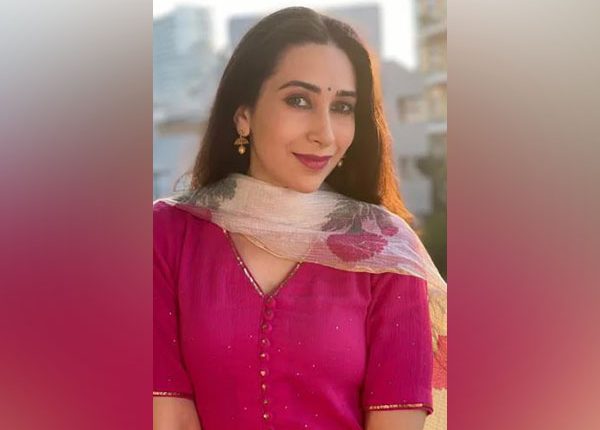 Karisma Kapoor, the eldest daughter of Randhir and Babita Kapoor, rings in her 48th birthday today. Born in 1974, she was the first Kapoor daughter to break the family tradition of entering the film industry. But success didn’t come easily to the teenager with her gawky looks and bushy eyebrows.

Beginning her career with “Prem Qaidi’ in 1991, she went on to receive a National Award and four Filmfare Awards.

Karisma Kapoor finally claimed her place in Bollywood in the early 2000s with Fiza (2000) and Zubeidaa (2001). She took a sabbatical from acting in 2004. In 2012,  she made a comeback of sorts with the thriller Dangerous Ishqq, which flopped miserably and the web series Mentalhood in 2020.

What inspired her to follow and never give up on her passion for acting were some wise words from her grandfather, which said, “It’s glamorous, but it’s not a bed of roses—you will have to work very hard”.

On her 48th birthday, let’s take a look at some unknown facts about this Bollywood star that were lesser known by the people.

Her mom, Babita, gave her the nickname “Lolo”, which was inspired by the name of Hollywood actress, Gina Lollobrigida. She also worked as a radio jockey in 2012 and hosted a special segment on 92.7 BIG FM’s show “BIG Memsaab”, from December 24 to March 24. She is also a faithful believer in numerology, according to which she changed the spelling of her English name by removing “H”, which changed it from Karishma to Karisma.

Speaking of her schooling, it is known that she dropped out of her school, barely finishing her 6th standard to pursue acting. Later, at the mere age of seventeen, she got her first film, Prem Qaidi in 1991.

She was known to be in a relationship with Ajay Devgn from 1992 till 1995 when they parted their ways. During the span of their relationship, the couple did many films together which turned out to be huge flops at the box office. Yash Chopra’s film Dil Toh Pagal Hai (1997) proved to be a miracle for her career in which she was offered the supporting female lead alongside Shah Rukh Khan and Madhuri Dixit. The fact that Karisma was the fifth choice for the role after getting several denials by the actors Manisha Koirala, Juhi Chawla, Kajol and Urmila Matondkar, she managed to bag the role and even won National Award for Best Supporting Actress for her role in the film.

In 1996, she bagged the lead role in Raja Hindustani, alongside Aamir Khan. She wasn’t the first choice for this role too, it was Aishwarya’s debut film. However, she dropped out to focus on her Miss World duties. Doing justice to the role, she won the Filmfare for Best Actress in 1996. Holding on to her career’s peak, she settled only for the lead roles. She refused offers of supporting roles, just like she turned down the role of Tina in Kuch Kuch Hota Hai. Karisma worked with several actors. She stopped working with Akshay Kumar after the duo had several flop films together.

She was also the first-ever Bollywood actor to endorse the international brand Coca-Cola in 1998. Her career was not limited to Bollywood, rather she also kept a hold on the TV industry, where she had her own TV series broadcasted on Sahara One in the years 2003-2004. The show was named, “Karishma-The Miracles of Destiny” in which she played the roles of two different characters herself.

Her engagement with Abhishek Bachchan was called off due to some family issues. Later,  in 2003 she tied the knot with Delhi-based businessman, Sanjay Kapur and had two children Samaira and Kian. However, in 2016, the couple parted ways with Karisma winning the custody of the children. Karisma’s net worth is said to be Rs. 90.76 crores, as reported by Republic World.

[Watch] Cobra Rescued From Under Motorcycle Seat In Bhubaneswar