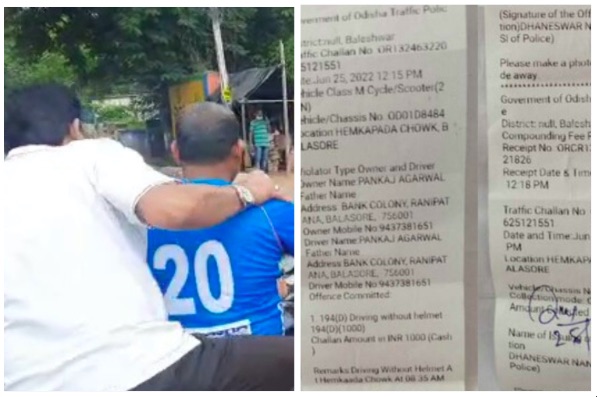 Balasore: School and Mass Education Minister Samir Ranjan Dash and MLA Swarup Das found themselves on the wrong side of the law as they were slapped with a fine of Rs 1,000 for violating traffic norms.

The MLA was driving the two-wheeler with Minister Dash sitting pillion. None of them was wearing a helmet. They were caught by traffic police near Hemkapada Chhak.

Das later turned up at the Traffic police station here and deposited the fine amount.

Earlier in the day, the minister visited Balasore Town High School and Barabati Girls’ High School and reviewed the available facilities. He also held discussions with teachers and students regarding their requirements.

He informed that over two lakh students have migrated to government-run schools from private ones. He further said that the government was hopeful that Orissa High Court will give permission for the appointment of 11,000 new teachers in the state.

The appointment process will begin once Chief Minister Naveen Patnaik returns from his foreign trip, he added.