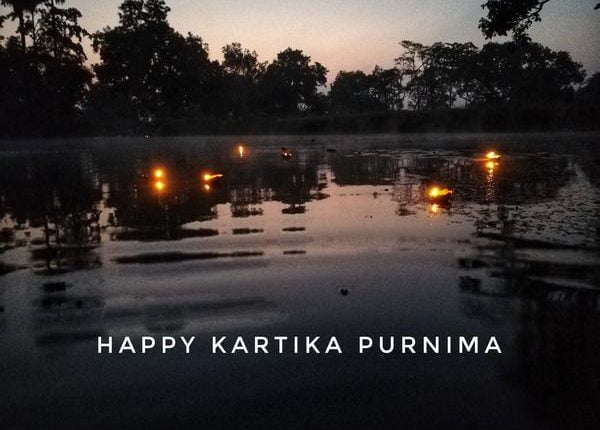 Bhubaneswar: Kartik Purnima celebrated on the fifteenth lunar day of the Hindu month of Kartik, marks the end of Chaturmas, a four-month period when Lord Vishnu is believed to sleep.

Performing the Kartika Snan (holy dip) on this day is considered very auspicious and fruitful. This bath is equivalent to performing 100 Ashvamegha Yagya.

The occasion is also marked as Deva Diwali or Tripuri Purnima in various parts of the country.

According to Jagannath Culture scholar Prafulla Rath, it was on this day that Lord Shiva vanquished Tripurasuras and so the name, Tripuri Purnima.

Elaborating on other events marking the day, he said, “Though Ravan was killed on Bijayadasami, he breathed his last after 35 days on Kartika Purnima.”

Lord Jagannath gives darshan to the devotees in Rajarajeswar Bhesa on this day, he averred.

“It was on this day that Lord Vishnu appeared in the form of a fish to save the four Vedas from the clutches of the demons and save Manu from the Jal Pralay,” he informed.

Kartika Purnima is an amalgamation of all these occasions and hence, considered the holiest month, he added.

In Odisha, people also celebrate the state’s past maritime glory by sailing boats, made of banana stem and coconut stick, lit with diyas and betel leaves and betel nuts placed on them, in water bodies on this day.