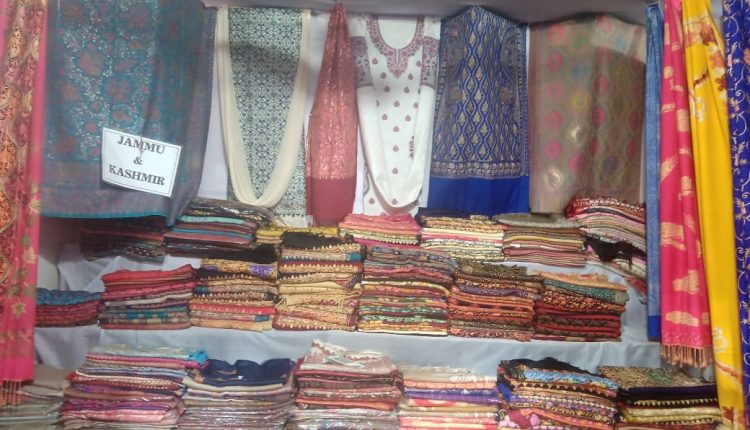 “There is a sense of freedom to this place because of the opportunity for earning, which is now almost non-existent in Kashmir,” said Tarik, who has come for the fourth consecutive year to Toshali Mela with his stock of Pashmina shawls.

The aftermath of the abrogation of Article 370 has disrupted business in the valley, he rued. “Moreover, curbs on mobile networks and internet connectivity have added to our woes. Seeing GPS in the phone after about 6 months seemed as if it was a new technology,” he said sarcastically.

According to Tarik, due to the current economic slowdown, the buying power of customers has gone down and this has affected sales. He is expecting a 50 per cent dip in revenue this season as compared to last year.

On their part, the customers are wary about the authenticity of the Pashmina shawls. “Price is not an issue for me, but how to check whether it’s original or not,” said Navin Sahu, feeling the texture of the fabric.

Post the 11-day stint at Toshali, Tarik will return to Kashmir only to prepare for other fairs next year. It takes around eight to nine months to assemble the material for three fairs — Surajkund Mela in Faridabad, International Trade Fair in Delhi and Toshali Mela in Bhubaneswar. “But I don’t want to go back home,” Tarik added.

How About Chilling Out In This Chilled Igloo Cafe?