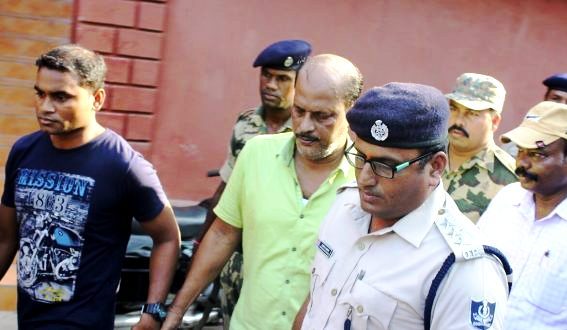 The court has also asked the Crime Branch to submit the list containing details of the seized properties, belonging to the gangster and his relatives, the same day.

Meanwhile, the Special Task Force (STF), during its ongoing raid, sealed a furniture showroom belong to one of Tito’s relatives at Marsaghai in Kendrapara district. The raid was conducted by the STF after it came to know that Tito has invested money on this establishment.

The STF sleuths had on Friday interrogated Tito’s wife Benazir Bibi at her residence at Dilarpur in the district for more than an hour over owning firms, petrol pumps and a luxurious car.

Meanwhile, the Crime Branch has taken Tito on three-day remand after the SDJM court allowed for the same, the third time.

Properties, including land, vehicles and houses, worth Rs 2 crore belonging to the gangster have been unearthed during raids at different places.