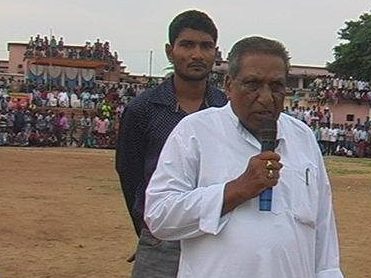 Bhubaneswar: A day after quitting the BJP, sitting Khariar MLA and former Minister Duryodhan Majhi on Saturday joined the BJD.

The tribal leader and five-time MLA rejoined the regional party, which he had quit in 2014 for the same reason, in presence of party president Naveen Patnaik.

Duryodhan had quit BJP on Friday after the saffron party replaced him with Rita Rani Bagart, wife of former MLA Hitesh Bagarti, for the Khariar Assembly segment.

Lok Sabha Polls: Key Constituencies To Watch Out For