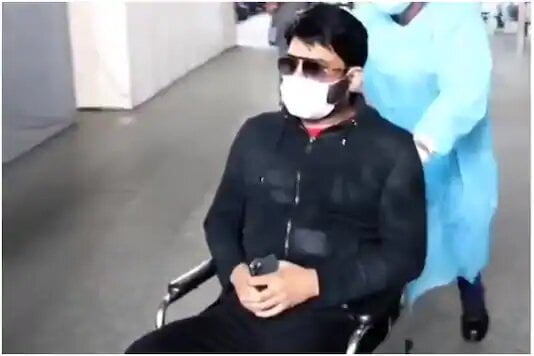 Kapil Sharma recently lost his cool with the paparazzi who spotted him in a wheelchair. He asked them to move away and also reportedly used a swear word in Hindi for hounding him.

However, Bollywood celebrities are known to snap at camerapersons for invading their privacy. Let’s take a look at a few such past incidents as compiled by News18.

Jaya Bachchan, 2013: The veteran actress lashed out at the media for referring to actress Aishwarya Rai Bachchan as ‘Aish’. Jaya reprimanded the media for her daughter-in-law, saying, “Aish kya hota hai? Is she your school friend?”

Deepika Padukone: The ‘Chapaak’ star lost her cool when a publication posted a photo and a comment about her ‘cleavage’. Deepika ended up having a public tiff with the publication through a series of tweets. When her stand was termed as ‘petty’ by a female journalist at an event, an angry Deepika said, “You have no idea what you are saying right now. I’m already very upset and you are making me even more upset.”

Hrithik Roshan: Tinsel town’s Greek God was in no mood to get clicked during his visit to Shirdi before the release of his film, ‘Kites’. He refused to pose for pictures. When the paparazzi did not cooperate, he ended up having a physical fight with a cameraman.

Ranbir Kapoor: Mr. Cool also lost it with cameramen once while exiting Olive Bistro in Bandstand. He was so enraged that he snatched the guy’s cell phone.

Salman Khan: Bhai has often had altercations with the media for their direct questions and his equally frank and direct answers. Once he could not take the allegations on him regarding his brand ‘Being Human’ being a PR exercise to cover up his controversial past. He lashed out at the journalists, saying, “Do you have any idea of the amount of work we do at ‘Being Human’? We do sh*t loads of work on a daily basis. I haven’t even put my name there, man. I’m not even on the Board, or any of the trustees. You have no idea, man. Do one thing: Come and live my life for one day.”

West Bengal Polls: Jaya Bachchan In Kolkata To Campaign For…