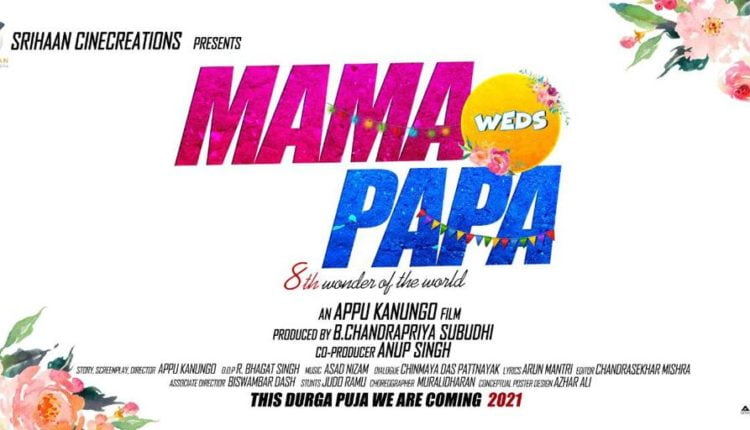 Bhubaneswar: With almost a yearlong break due to the COVID-19 pandemic, the Odia film industry is getting back on track with a host of releases.

One such Ollywood movie is ‘Mama weds Papa’, which will be released during Durga Puja in October.

The concept of the film is unique with a kid trying to bring her parents together and organise their marriage.

The audience will get to enjoy a new pair of actors — Ankit and debutant Manaswini Pati — playing the lead roles.

The movie is produced under the banner of Srihaan Cinecreations and is directed by Appu Kanungo.

Appu Kanungo has written the story and screenplay of this movie, where as dialogues have been written by Chinmaya Das Pattnayak.

Asad Nizam has given music in the movie and Muralidharan is the choreographer.