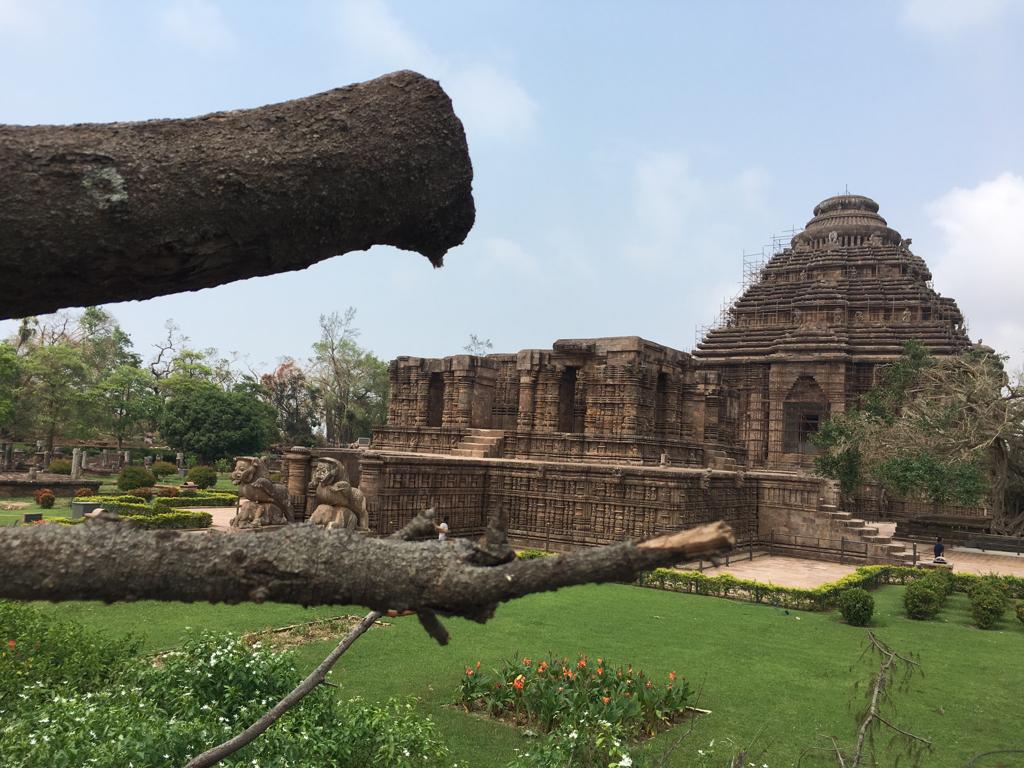 The Sun Temple at Konark was thrown open to the public on Tuesday, eleven days after Cyclone Fani tore into the town and brought the local economy to a standstill. The grief among locals is palpable.

The desolate roads, closed restaurants and empty guest houses bear testimony to the devastation that the cyclone has caused to this place.

“We had feared the worst. The Sun Temple is our source of livelihood and any damage to the structure could have caused incalculable damage to this place. But it has once again stood the test of time,” said Prafulla Samal, a local tourist guide. 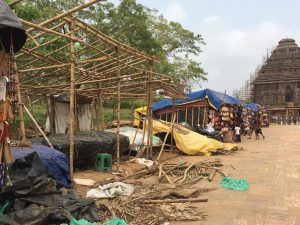 A team from the Archaeological Survey of India which visited the site on May 10, reported “no large” structural damage to the temple, before deciding to throw open the gates from Tuesday, May 14.

“For the last five to six years, there has been a constant flow of tourists to Konark throughout the year. This year, there was a high visitor footfall at the Sun Temple. We were doing brisk business but the cyclone has eroded our savings,” said Samal, unsure when normalcy would return to this place.

Echoing his sentiments, photographer Ashok Pradhan said the cyclone has put their families in deep trouble. “On days, we earned Rs 500-600. But for the last one week, the business has been extremely dull”. 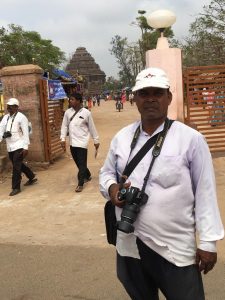 According to an estimate, of the 12 million tourists coming to Odisha every year, more than 50 per cent visit the golden triangle of Puri-Konark-Bhubaneswar. This flow of visitors is expected to take a big hit in the wake of the cyclone.

“We do not see any long-term impact but the short-term impact is heartbreaking for the local community. The next three to four months could be really hard for all,” said Karthik Swain, the owner of a tourist lodge in the town. All bookings in his lodge have been cancelled for the next one month.

While the temple structure has escaped largescale damage, the ambience around the temple wears signs of nature’s fury. The monument has lost a number of trees that enhanced the charm of the place and provided comfort to the visitors from the sun. 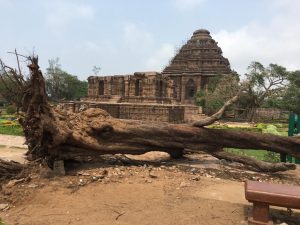 “More than 200 trees have been damaged, which are being cleared. The electric and illumination system including internet access is not functioning. Restoring it will take some time,” the ASI said in a statement.

Amid all the destruction, some visitors from other states kept their date with the Sun Temple. A number of tourist buses from other states arrived in the town on Sunday, bringing a ray of hope to the tour guides and photographers like Ashok.

Even as the temple remained closed for outsiders, the visitors took vantage positions to catch a glimpse of the heritage monument and frame the moment. 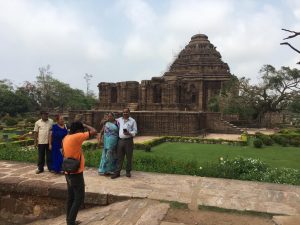 “We had heard about the cyclone as we left our place and were skeptical about visiting Konark. But we had no difficulty. The hotels and restaurants are closed. But our operator had made arrangements. We feel extremely delighted having visited Konark,” said Ramana Naidu, a resident of Rajahmundry.

BJD Influencing Patkura Voters In The Name Of Relief: BJP