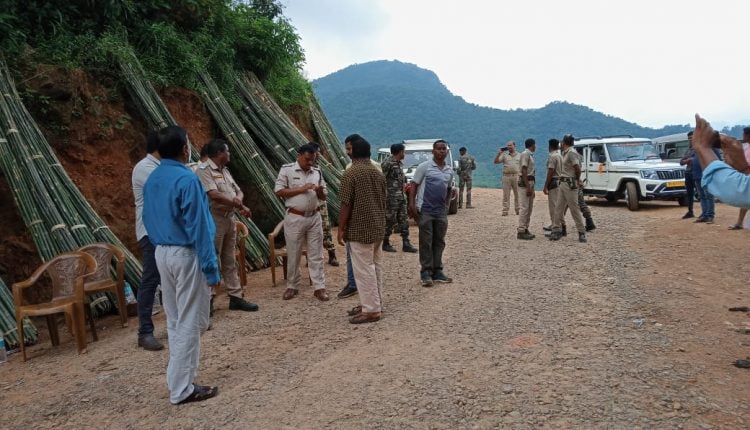 Koraput: The district administration has foiled another attempt of Andhra Pradesh to win over the people of the villages under Kotia panchayat through welfare programmes.

According to sources, the officials of Andhra government were scheduled to visit Madkar, Uparasembi, Ganjeipadar and other villages in the border areas under Kotia panchayat to launch their programmes on Friday.

In order to prevent the Andhra officials to carry out their illegal works by trespassing Odisha border, two platoons of police under the supervision of senior officers were deployed at different places of the panchayat.

When a team of the officials of the neighbouring state including assistant project director, ITDA, Parvatipuram Sachin Naidu, area coordinators M Adiya and Laxman Rao were going towards Ganjeipadar village, they were stopped and told to return to their state by the police under guidance of Sunabeda SDPO Manoj Kumara Behera.

Another team of Andhra officials were also returned from Uparsembi village on Kotia border. Besides, Patangi police have seized the signages of Andhra government from the area.

“Security has been beefed up in villages under Kotia panchayat in view of the visit of Andhra government officials. Legal steps would be taken against them for trespassing Odisha territory. The Supreme Court order on maintaining the status of border villages under the panchayat would be strictly followed,” said Koraput collector Md Abdaal Akhtar.

It may be noted that a Mahila Sangham meeting under Andhra Pradesh Livelihood Mission was conducted in Kotia area recently.

On October 6, the health officials of Andhra organised free eye check-up camps in Fatusinery, Salapaguda, Haramandangi and neighbouring villages under the panchayat.