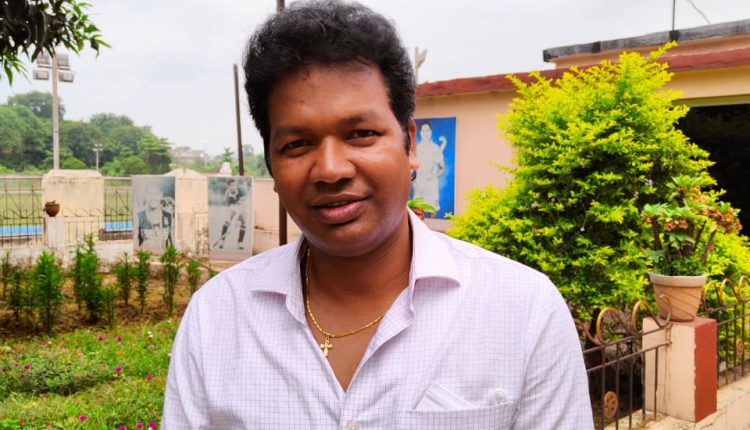 Rourkela: Like all sports-crazy Indians, Lazrus Barla is hoping that the men’s hockey team can fulfil the country’s high expectations and achieve a podium finish at the upcoming Tokyo Olympics.

“The Indian team is now ranked world No. 4, hence expectations are far higher this time,” said the former hockey Olympian from Odisha.

Lazrus agrees that this Indian team has been very consistent and it’s a creditable feat to be ranked fourth in the world, after almost two decades.

But he is worried about the lack of experience in the squad, which has 10 Olympic debutants including Odisha’s Amit Rohidas.

“Ten Olympic debutants in the 16-member squad doesn’t give me much confidence. The team may be fitter and faster, but I feel it lacks experience which counts in big tournaments,” said Lazrus.

The former India defender feels since Olympics is the most important sporting event, teams should not experiment at such a big stage. Wishing all the debutants good luck, he hoped they won’t crack under pressure.

Lazrus, who played in the 2000 Sydney Olympics, is of the opinion that the Tokyo-bound team’s defence is strong, but the frontline may feel the lack of experience.

“Except Lalit Upadhyay and Mandeep Singh, the others are greenhorns. They will have to justify selection,” Lazrus said.

The women’s team – which includes Odisha’s Deep Grace Ekka — looks more balanced, according to Lazrus. However, he is pained to see the exclusion of Odisha duo Namita Toppo and Lilima Minz.

“Both gave their blood and sweat to help the team qualify for the Olympics. And now they are not in the squad! Some kind of justice was done to Namita, as she will be going to Tokyo among three travelling reserves,” said Lazrus.

Even though Lazrus is pleased that two Odisha players have been named among the vice-captains — Birendra Lakra in men’s team and Grace in women’s squad — he doesn’t agree with the concept of two deputies for the skipper in a team.

If senior players are to be rewarded, there are other ways of doing it, like nomination for Arjuna award.

Lazrus was surprised that Hockey India did not consider the claims of senior players like Birendra Lakra and Grace Ekka while nominating names for national awards this time.

Citing the example of hockey player Akashdeep Singh – who received the Arjuna award last year but didn’t find a place in the Tokyo-bound team – Lazrus doubted whether the selection process is correct.