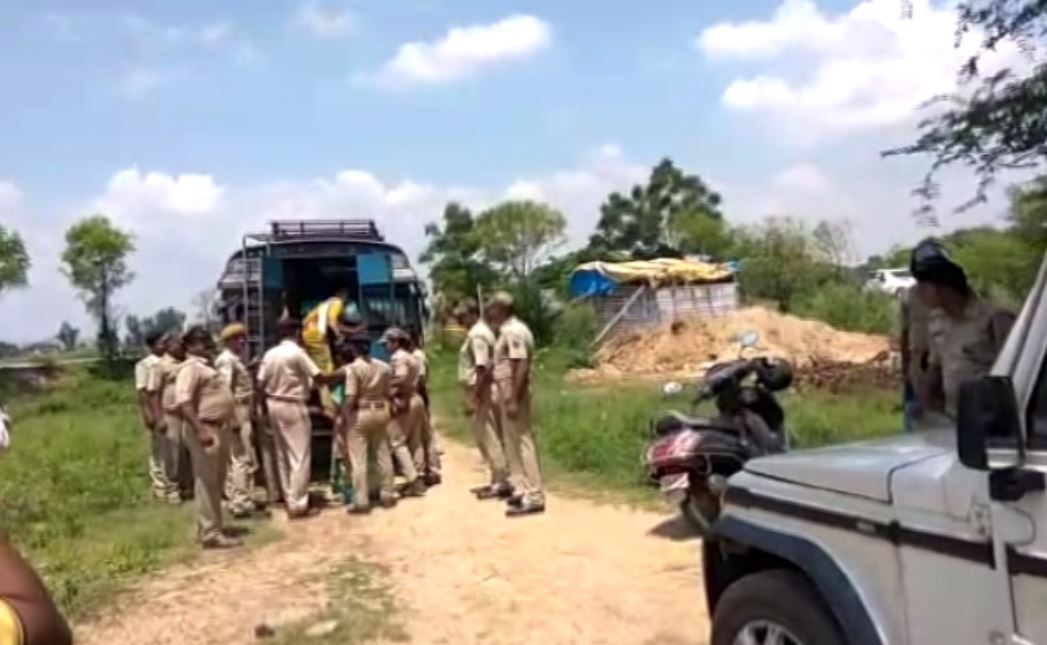 Rourkela: Tension prevailed in Rourkela on Saturday after residents of Dandiapalli protested against land acquisition for the construction of second Brahmani bridge.

The families to be displaced have demanded more compensation for the land and took to the streets to protest, sources said.

As the situation went out of control, police reached the spot and detained 11 protesters. At least seven platoons of police were deployed on the spot to avoid any untoward situation.

Notably, Prime Minister Narendra Modi had declared that the second Brahmani bridge will be constructed in Rourkela. The foundation stone for the project was laid in 2017. But construction of the bridge could not start due to delay in land acquisition.