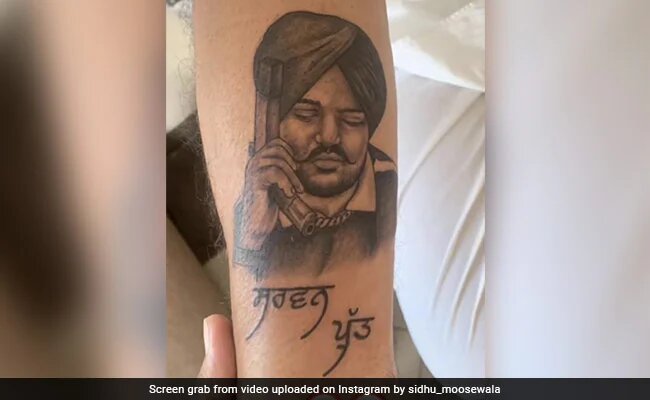 New Delhi: Murdered Punjabi singer Sidhu Moose Wala’s father Balkaur Singh got his son’s face tattooed on his arm. A video posted in the ‘stories’ section of the popular rapper’s official Instagram page showed his father lying on a bed while a tattoo artist copies a picture of Moose Wala from a phone, inking it on the senior Singh’s forearm in black.

In the picture, the singer is seen posing with a gun next to his face.

Below the portrait of his son, Balkaur Singh also got ‘Sarwan Putt’ inscribed in Gurmukhi script. ‘Sarwan Putt’ means obedient and caring son.

Notably, Sidhu Moose Wala, 28, was gunned down near his village in Mansa on May 29, a day after his security was scaled down by the newly formed Bhagwant Mann government.

Balkaur Singh was following his son in a car with two armed personnel when the killers rained bullets on the singer and his two friends.