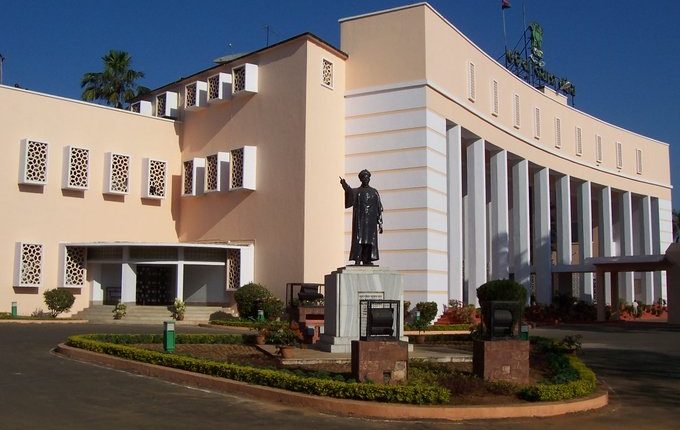 Bhubaneswar: Chief minister Naveen Patnaik on Wednesday said the overall law and order situation has remained by and large peaceful and intensity of Maoist violence come down in the state.

In his reply on Home and GA & PG department demand discussion in the Assembly, the chief minister said the state has been relatively free from any form of communal discord. The elections to panchayati raj institutions, ULBs and cooperative societies were conducted peacefully while the Rath Yatra of Lord Jagannath with devotees participating in lakhs after two years was conducted smoothly due to elaborate police arrangements.

As the Maoist violence has come down, the panchayat elections were conducted incident-free in LWE affected areas with high voter turnout despite determined efforts by Maoists to hinder the poll process, he said.

“Strengthening the police machinery both in terms of human resources and infrastructure has been the priority of my government. Total 944 posts in various ranks were created for Odisha Police last year. Dedicated Police Stations for Cyber Crime and Economic Offences were also created,” Naveen said.

Stating that Prisons Development Board has been constituted to improve the infrastructural facilities in prisons, he said the government has enhanced the daily wages of the convicts. “As part of social inclusion and upliftment of all sections of society, transgenders were given permission to apply for the post of Sub-Inspectors in Odisha Police,” he added.

The government has created several institutional mechanisms like Integrated Anti-Human Trafficking Units, investigation units for crime against women, Mahila and Sishu Desks and Crime Against Women and Children Wing with commensurate manpower. “All women related heinous crimes are being treated as “Red Flag Cases” and Special Public Prosecutors are engaged for these cases,” he said adding that 15 Cyber Crime and Economic Offence Police Stations have been established to deal with growing cyber-crime in the state.

The chief minister said in order to ensure good governance, Mo Sarkar has emerged as an important transformative initiative under the 5T Charter of governance. All departments have a charter approved for implementation of transformational initiatives and service delivery under 5T.

“To ensure timely and hassle-free delivery of public services, my government has notified 412 numbers of Public Services relating to 31 Departments under Odisha Right to Public Service Act,” he said.

Government have introduced the Odisha Civil Services (Out of turn Promotion) Rules, 2020 for out of turn promotion of government employees having exceptional and exemplary achievements in furthering good governance and ease of public service delivery.

During 2021-22 financial year, Rs 367 crore has been utilised for COVID management from the donations received under CMRF. Adequate assistance has been provided to indigent persons out of CMRF for their treatment of major ailments.

“For quick redressal of Public Grievance and to ensure timely disposal of Pension cases, e-Abhijog Public Grievance Portal has been converted to JANA SUNANI Portal with effect from 1st November, 2021. During this period, more than 16 thousand numbers of grievances have been disposed of through this system,” the chief minister said.

Stating that the office of the Lokayukta has started functioning since March 20, 2019, Naveen said in the Court of Lokayukta, 499 cases have been disposed of out of 775 cases filed in 2021.

“My government has adopted a zero tolerance approach to corruption. We have been taking a number of steps to strengthen the State Vigilance so that they can discharge their mandate professionally. The State Vigilance, during the year has registered 267 criminal cases against 475 persons and initiated 373 enquiries against the public servants. Total 272 accused persons have been arrested in Vigilance cases,” he added.