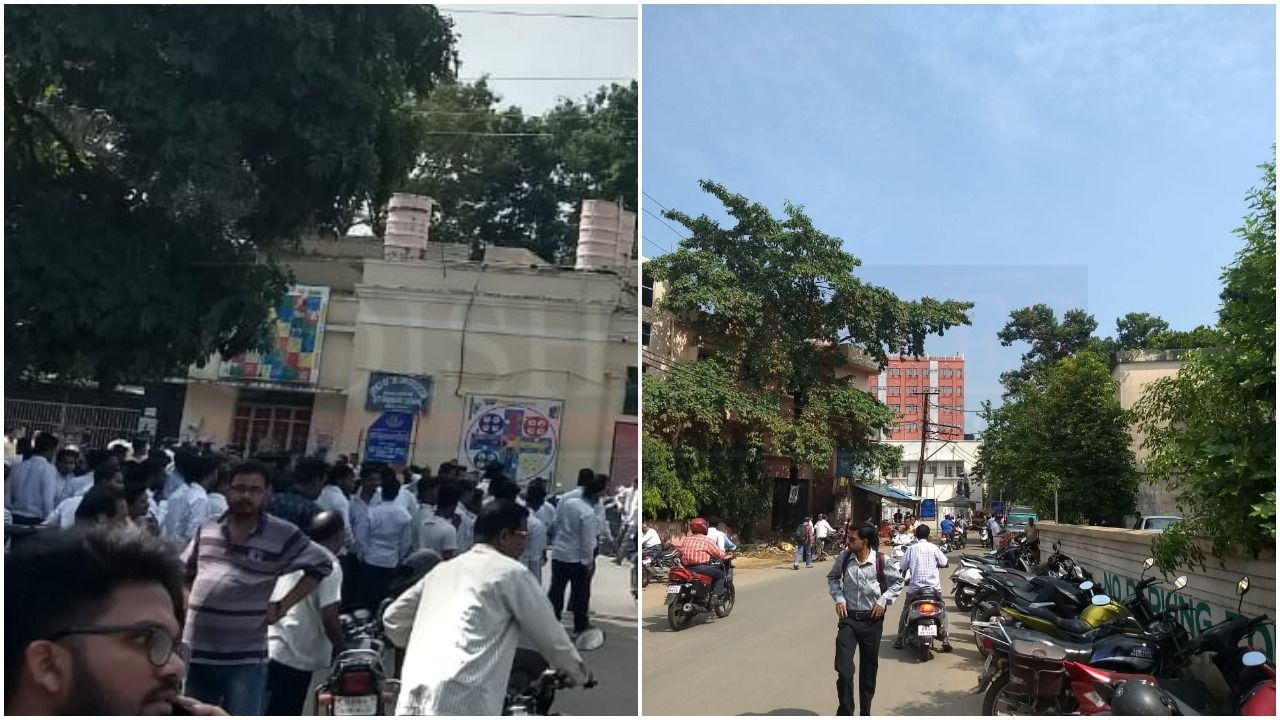 Cuttack/Balasore: Unfazed by the sudden withdrawal of the BJD Legal Front from the ongoing agitation, the lawyers of the Orissa High Court Bar Association intensified their agitation on Monday.

They are protesting against police assault on a lawyer in Cuttack on August 28.

According to sources, the agitating lawyers demonstrated at different gates of the High Court. Tension ran high when the lawyers belonging to BJD Legal Front scuffled with those of HC Bar Association while trying to enter the court premises to join duty.

Till reports last came in, though BJD Legal Front lawyers had entered the court, there was no witness in the court for the trial of the pending cases.

Some of the lawyers also alleged that the lawyers belonging to the BJD Legal Front had brought some mercenaries, including some members of the Biju Yuva Vahini, with them to forcibly enter the High Court premises, and assaulted some lawyers including a woman.

Apprehending law and order situation, 25 platoons of police have been deployed near the High Court.

Supporting the lawyers of Cuttack, lawyers of the Balasore District Bar Association locked the main gate of the District and Sessions Judge Court and staged a demonstration by burning tyres.

The agitating lawyers did not allow the Judge and the lawyers, belonging to the BJD Legal Front to enter the court.

In Mayurbhanj, the District Bar Association lawyers also staged a demonstration before the District and Sessions Judge Court and did not allow the Judges to enter the court premises.

In Bhubaneswar, the lawyers staged a demonstration before the Khurda District and Sessions Judge court.

Talking to mediapersons, the Bhubaneswar Bar Association lawyers said though the lawyers belong to different political parties, they remain united. “The state government will never succeed in its attempt to divide the lawyers,” they added.

Meanwhile, camp court began in all the jails in the state on Monday to grant conditional bail to the accused involved in petty crime.

Taking note of the overcrowding of jails across the state due to non-disposal of several bailable cases due to the month-long agitation by the lawyers, the High Court had issued the directive to set up camp courts in all the district jails.