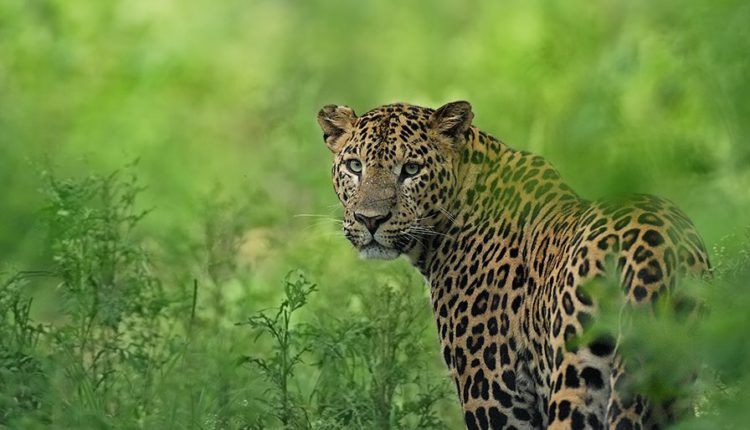 Bhubaneswar: The Prime Minister Narendra Modi on Tuesday expressed happiness over the increasing population of leopards in India and congratulated all those who are working towards animal conservation.

“We have to keep up these efforts and ensure our animals live in safe habitats,” he said in a tweet.

After lions 🦁 and tigers 🐅, the leopard 🐆 population increases.

Congratulations to all those who are working towards animal conservation. We have to keep up these efforts and ensure our animals live in safe habitats. https://t.co/gN0g8SBsF8

Indeed, the efforts of forest officers and field staff in Odisha have borne fruits. As per reports, leopard count in Odisha has more than doubled recording a 100 per cent growth. The good news comes at a time when there are frequent reports of poaching of big cats.

The leopard population in Odisha stands at 760 now against 318 in 2014, as per a report in The New Indian Express.

Some of the reasons behind the rise in their population are: Leopards are highly adaptive in nature and in the State they have a larger prey base compared to tigers. Their reproduction rate is also higher than the tigers.

In Odisha, leopards are mostly found in Rayagada-Kandhamal belt as well as Sambalpur, Sundargarh and parts of Angul. The Similipal and Satkosia tiger reserves are home to a very good number of leopards.

As per the survey, leopards are widely distributed in the forest of Central Indian landscape.

Odisha is at number four among eight states of Central India and Eastern Ghats that also include Andhra Pradesh, Telangana, Chhattisgarh, Jharkhand, Madhya Pradesh, Maharashtra and Rajasthan, in terms of leopard population.