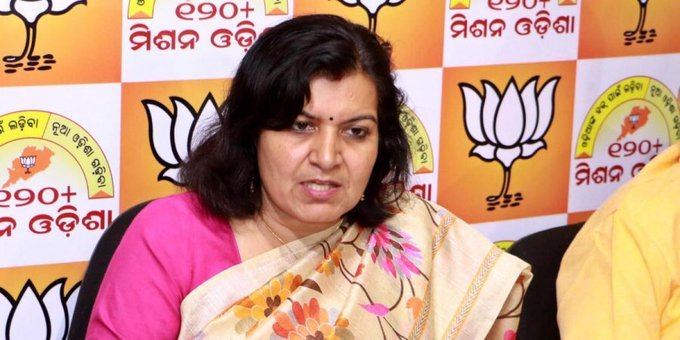 Bhubaneswar: Even as Minister of State for Home Dibya Shankar Mishra reiterated his innocence in the school teacher Mamita Meher murder case at a public meeting, BJP MP Aparajita Sarangi on Tuesday said a CBI investigation can only prove whether he is guilty or not.

While participating in ‘Mo Paribara, Odisha Paribara’ programme at Karanjakote under Golamunda block of Kalahandi district, the minister said he was not involved in the crime and had never gone to the Sunshine English Medium School at Mahaling in the district where Mamita was a teacher.

In her reaction to the minister’s claim, Sarangi said, “Who is he (Mishra) to claim himself innocent? CBI will only find out the real accused.”

The MP also said chief minister Naveen Patnaik should hand over the case to CBI to bring ascertain the people involved in the crime. She had earlier questioned the silence of the chief minister on the matter and asked if no minister was involved, why the government was hesitating the CBI probe.

Minister Mishra on Friday last had issued a statement stating that he would resign from his post and retire from public life if his involvement in the case is proved.