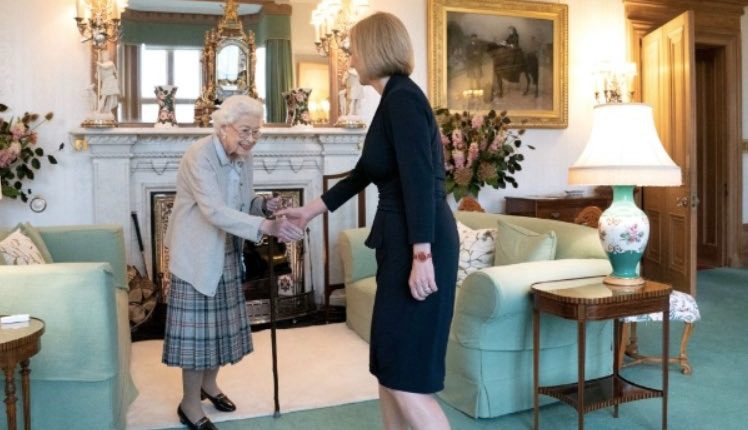 New Delhi: Liz Truss has been appointed UK prime minister during her audience with the Queen. Earlier on Monday, she was named leader of the Conservative Party.

Liz Truss took office on Tuesday afternoon at Balmoral Castle in Scotland, when Queen Elizabeth II formally asked her to form a new government. Boris Johnson, who announced his intention to step down as UK PM two months ago, formally resigned during his own audience with the queen a short time earlier, media reports said.

This is the first time in the Queen’s 70-year reign that the handover of power took place at Balmoral, rather than at Buckingham Palace in London. Truss, 47, will be flown right back to 10 Downing Street in London to deliver her inaugural speech as the Prime Minister before going on to unveil some key Cabinet posts.

Liz Truss is the third female Prime Minister in Britain, after Margaret Thatcher and Theresa May.