Lockdown Extended: Restrictions Relaxed In 3 Odisha Districts With TPR Below 10% 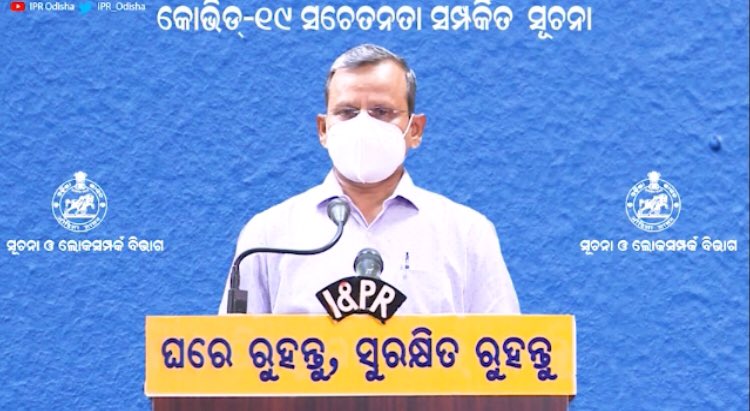 Bhubaneswar: As expected, the Odisha government on Sunday extended COVID-induced lockdown for the third time, till June 17.

Chief Secretary Suresh Chandra Mohapatra said at a press briefing that lockdown in the entire state will be extended upto 5 am on June 17. Also, complete shutdown during weekends, from 6 pm to 5 am, will remain in force.

He further said that restrictions and exemptions that were applicable during lockdown till now, will continue.

Justifying imposition of the third-phase lockdown, Mohapatra said although the test positivity rate (TPR) in western states bordering Jharkhand and Chhattisgarh has witnessed a speedy decline, coastal districts still have around 25 per cent TPR.

“Before the onset of Cyclone Yaas, about 7.5 lakh people in the coastal districts were shifted from low-lying areas and moved to cyclone shelters. Apart from this, several workers from different departments are engaged in post-cyclone restoration work. As these people were staying in a relatively close place and people engaged in restoration work are working together, the possibility of positive cases rising cannot be ruled out. Moreover, as the average TPR in the state is still above 10 per cent, the government has decided to extend the lockdown,” Mohapatra explained.

Claiming that imposing statewide lockdown has yielded positive results, the CS said the average TPR in the state has come down to 15 per cent in the last 25 days, compared to around 25 per cent before the first-phase lockdown.

Mohapatra further informed that since the TPR in three districts — Nuapada, Gajapati and Sundargarh — has come down to below 10 per cent in the last few weeks, the state government has decided to relax lockdown restrictions to some extent.

“It has been decided that the people of these three districts will be allowed to purchase essential commodities from 7 am to 1 pm. All trading establishments except salons, parlours and shopping malls will remain open in these districts,” he added.

He added that relaxations in these districts will be withdrawn if the TPR increases.

The Chief Secretary went on to say that the state government will relax restrictions in other districts also if TPR there comes down to below 10 per cent.

In view of the alarming rise in COVID-19 cases, the Odisha government had clamped lockdown from May 5 to 19 and then extended it from May 19 to June 1. Now, it’s been extended further.

Monsoon Set To Be Delayed, Expected To Hit Kerala By June 3