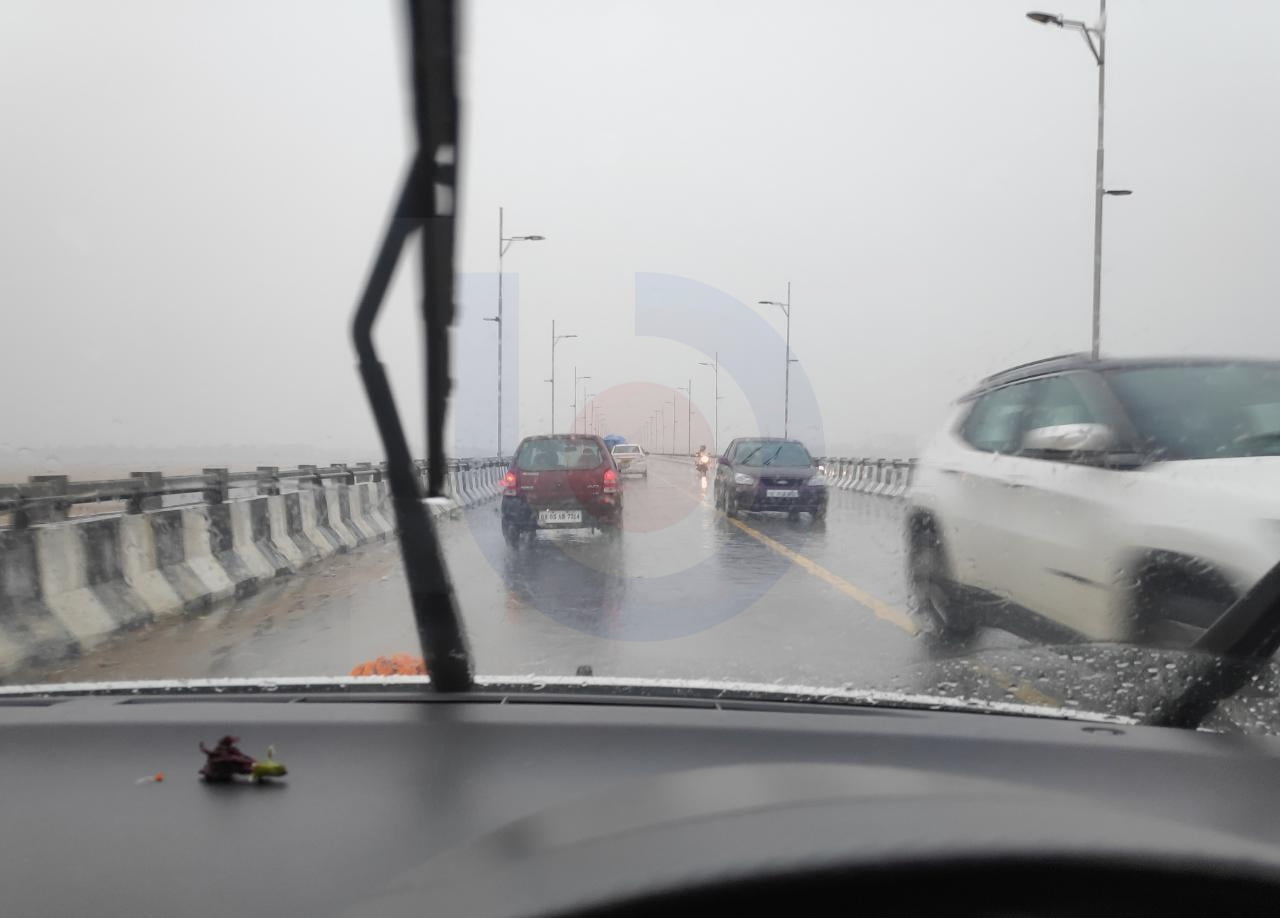 Bhubaneswar: A low-pressure area over coastal Odisha and the neighbourhood and a strong monsoon flow are likely to trigger heavy rainfall activity in the state till 80.30 am on July 19, the India Meteorological Department (IMD) said on Friday.

The MeT office has issued orange warning for heavy to very heavy rainfall at one or two places in Cuttack, Dhenkanal, Angul, Sambalpur, Deogarh, Sundargarh and Bargarh during the next 24 hours. Heavy rainfall is also likely at one or two places in Malkangiri, Koraput, Nabarangpur, Jagatsinghpur, Puri, Khurda, Nayagarh, Kendrapara, Jajpur, Bhadrak, Balasore, Keonjhar, Mayurbhanj, Kandhamal, Boudh, Sonepur, Jharsuguda during this period.

The orange warning continues for the subsequent 24 hours also. Check the forecast here: 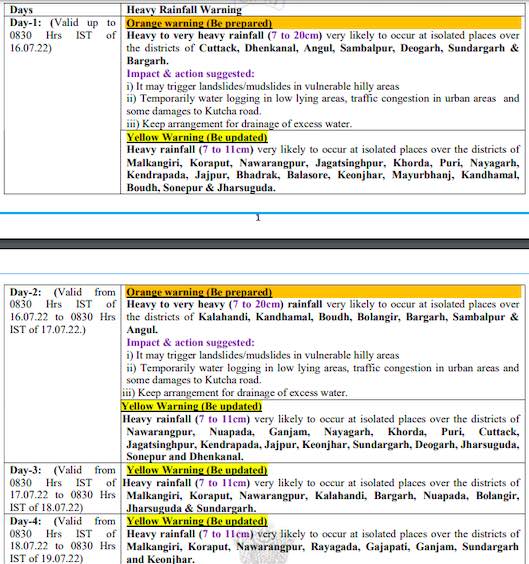 Squally weather with gusty surface wind speed reaching 45 to 55 kmph are very likely over the sea off Odisha coast adjoining west-central and North-west Bay of Bengal till July 16, it said, while advising fishermen not to venture into sea off Odisha coast adjoining areas of West-Central and Northwest Bay of Bengal during this period.

NIRF Ranking 2022: This Law College In Odisha Is Among Top10; 4 Make It To Management Category