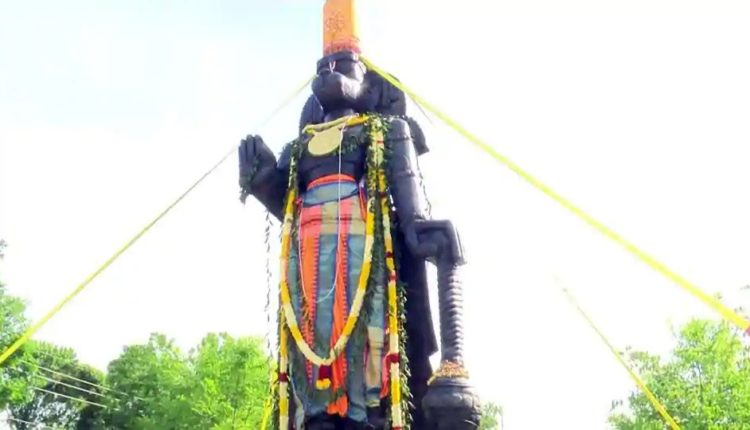 A towering statue of Hanuman was installed in the city of Hockessin, United States. It has gone all the way from Warangal.

Costing more than $100,000 for construction and logistics, 25 feet tall, and weighing more than 30,000 kg, it is a handcrafted statue and has been chiselled from a single block of black granite. It is the tallest Hanuman statue in the US.

More than a dozen artisans worked full time for more than a year to carve out the installation.

The statue was taken from Telangana to New York by ship in January and then on a flatbed truck to Delaware, to the state’s largest Hindu temple. A priest from Bangalore who has been with the Hindu Temple of Delaware performed several rituals including purification of the deity with rice grains, water, and flowers.

The priest and the devotees then performed a Puja for divine intervention at a time when COVID has derailed so many lives.

The president of the Hindu Temple of Delaware Association, Patibanda Sarma, said thousands of devotees were expected to be present at the unveiling of the statue but could not due to compulsions of COVID-19.