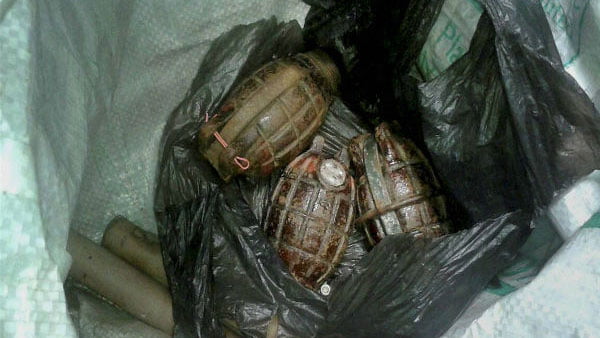 A major terrorist attack on security forces was foiled in Jammu & Kashmir on Sunday as 19 hand grenades were recovered from a hideout in Poonch.

“In a major success for a joint effort of security forces and police, nefarious designs of inimical elements to disrupt peace and tranquillity in Poonch region were foiled Sunday morning,” a defence spokesperson said.

On receiving intelligence information that terrorists were planning to target security forces on NH 144A (Jammu-Rajouri-Poonch highway), Indian Army’s Rashtriya Rifles and Jammu & Kashmir Police conducted a joint operation in Phagla area of Surankote in Poonch.

“Relentless development of intelligence by both the agencies led to recovery of a huge cache of grenades in general area Phagla, hidden in a well concealed natural hideout,” informed the spokesperson, adding that it’s the second recovery of explosives in as many days in the region.

Maharashtra Crisis: ‘Dance Of Monkeys… Jumping From One Branch To…