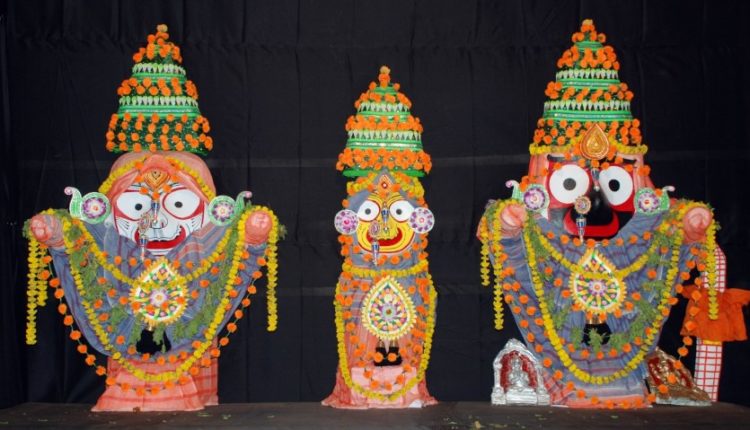 Puri: The sibling deities at the Jagannath temple here were decked in the special Makar Chaurasi Besha on the occasion of Makar Sankranti on Thursday.

As part of the special rituals for the auspicious day, the Mangalalati and Abakasha Niti (rituals) were performed at 4 am.

Then the sibling deities were dressed in Makara-chula (a sort of head-gear) Besha. Following these rituals, Gopalaballabha and Sakala Dhupa were offered to the deities. Again the deities were attired with ornaments as part of the Makar Chaurasi Besha before giving darshan to the devotees.

For the Makar Besha, the Jagannath Ballava Math provided garlands of colourful flowers and basil leaves to Srimandir.

For the special Makar Chaula prasad for deities, five Makara Tadas were given by Alamchandi temple to Jagannath temple on Wednesday night.

Notably, Makar Chaula is the special prasad for Makar Sankranti. It is prepared in every temple and Odia household. The rice used is preferably from the fresh harvest. There are slight variations in the ingredients depending on the regions where it is prepared.

India Asks WHO Chief To Replace Incorrect Map Of The Country