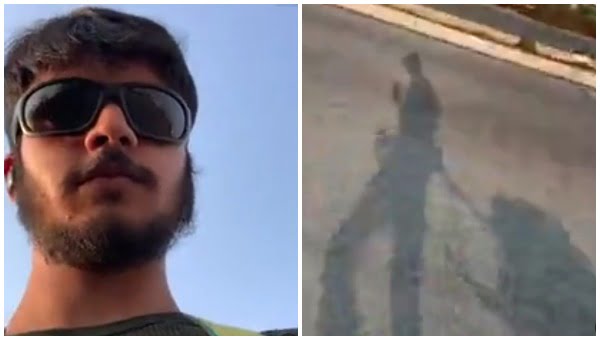 Bhubaneswar: His 1,800-km journey on foot will end in Odisha. The 25-year-old, Ashutosh Joshi, is on a walking expedition and began his journey on April 10 from native Narvan beach. The mission: To raise awareness on global warming, farmers’ suicide, water scarcity and increasing use of plastic while interacting with people along the way through village meetings.

Joshi reached Latur on Thursday morning after walking through Chiplun (Ratnagiri district), Koyna, Patan, Umbraj (Satara district), Solapur and Pandharpur (Solapur district). He will continue his journey through Nanded, Parbhani, Chandrapur and Gadchiroli districts in the state before proceeding to Odisha.

He prepared for the tour after returning to India from England, where he pursued further education in fine arts, six months ago. He had studied at Model Art Institute in Mumbai’s Dadar and at Bharati Vidyapeeth in Pune. He also worked in Scotland, Spain and England in the field of photography and maintaining the balance of nature.

Joshi is also into mountaineering and has completed a trek to Nepal’s Annapurna Circuit in 17 days.

China To Allow ‘Some’ Stranded Indian Students To Return; Check The Process