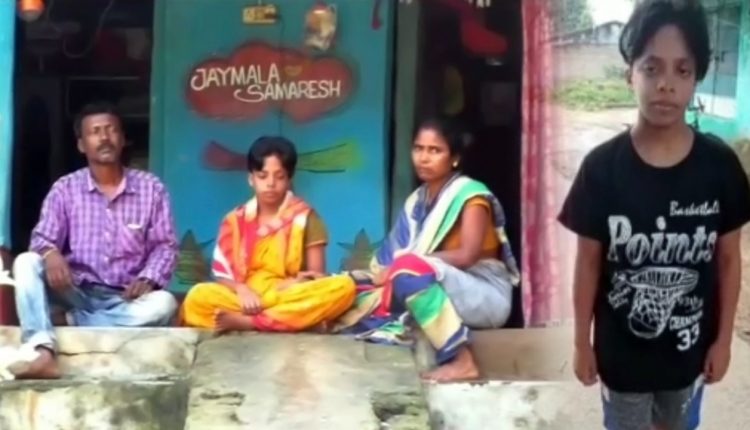 Malkangiri: In a peculiar incident of dowry harassment, a man in Malkangiri village 22 in Kalimela block has pushed his newly-wed wife off his motorcycle, chopped off her hair and forced her to wear men’s clothes before driving her out of his house.

Jayamala, the dejected housewife, has approached Kalimela police to provide her justice. Her husband Samaresh Mandal has been demanding more dowry than what he has already received from his in-laws at the time of his marriage in August, 2021.

Jayamala’s father Jayadev Mandal of MV 42 had gifted his son-in-law with a motorcycle, gold, wooden furniture, almirah, bed and other household utility goods as per Samaresh’s wishes at the time of wedding.

Samaresh, however, was not satisfied with the gifts he had received and allegedly harassed his wife demanding more dowry. He allegedly cut off his wife’s hair destroying her hairstyle and forced her to walk in the streets with men’s garments on.  Samaresh is also accused of taking Jayamala on a motorcycle ride to MV 19 before pushing her off his vehicle. Jayamala is reported to have reached her father’s house, 15-km away, walking.

Subsequently, Jayamala’s parents approached Malkangiri Model Police station and filed an FIR against Samaresh. The investigations are underway and the accused would be arrested at the earliest, said Malkangiri station inspector.

Samaresh Mandal, however, denied his wife’s allegations as true. No parents can tolerate such inhuman harassment towards their daughter, said an MV 42 resident.

Demanding and accepting bribe is a punishable offence as per the provisions of law. But several girls remain unmarried because of the parents’ inabillity to meet the dowry demands of the inlaws.