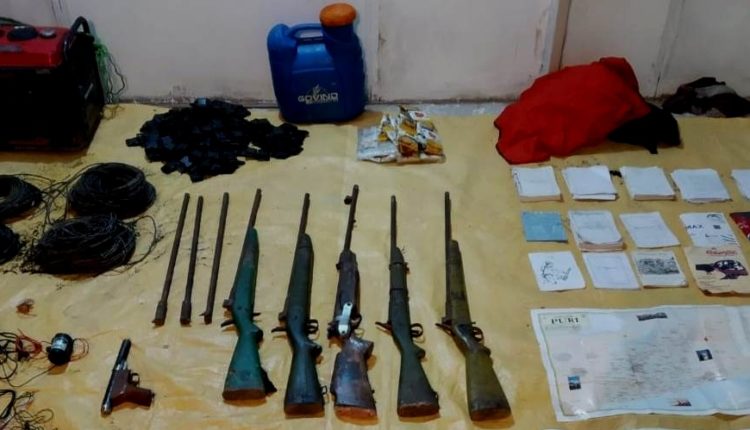 Nuapada: The CRPF personnel recovered a huge cache of arms and ammunition from the forest in Nuapada district on Saturday.

Acting on a tip-off, the central forces began a combing operation in the Patadarha forests under Boden police limits in the afternoon.

During the operation, the Maoists fled the area.

The security personnel later busted a camp inside the forest and recovered a huge cache of arms and ammunition including 5 single-barrel guns, one automatic pistol, 33 detonators and several Maoist articles.

Following the recovery, the CRPF personnel have intensified combing operation in the area.