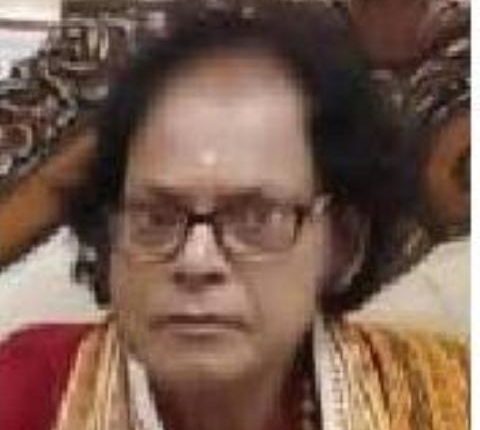 Cuttack: Veteran stage artist and Ollywood comedian Jimuta Patnaik passed away at a private hospital in Bhubaneswar on Saturday. He was 62.

He is survived by his wife and two daughters.

Family sources said that Patnaik fell ill during the shooting of a teleserial Mahavir. Later he was tested positive for COVID-19. He was admitted to the hospital 10 days ago and was undergoing treatment for pneumonia. However, his condition worsened on Saturday morning and he breathed his last in the afternoon.

A renowned tele artist, Patnaik was recently seen in teleserial Mahadevi. Apart from this, he has also acted in several teleserials like Katha Kahuthila Saribani, Maa, Sindura and Laxmi Purana. His role as Narada in Laxmi Purana was highly acclaimed.

Besides, Patnaik has also performed as a comedian in more than 10 Odia movies.

Prior to his acting in teleserials and movies, Patnaik, along with friend Harish Mohanty, had acted in several dramas during his stint in the Annapurna Theatre Group. His sterling performances in Samadhan and Lankapurara Kahani are still remembered.

The veteran artist had recently retired as an employee of the Odisha Police Housing and Welfare Corporation.

Did You Know That An Indian Company Is Ruling The…