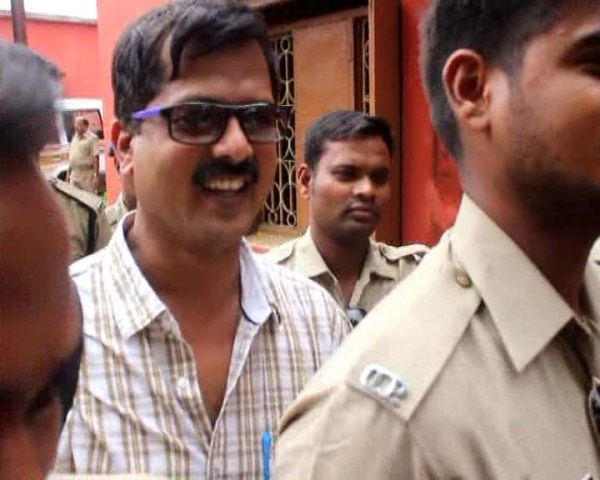 Berhampur: In a major blow to Maoist leader Sabyasachi Panda, the additional district and sessions judge court here on Saturday sentenced him to life imprisonment in connection with 2014 Bada Bazaar case.

Talking to mediapersons, Sabyasachi’s counsel Dipak Patnaik said that the court in the para-27 of its 62-page judgment copy censured the police and the prosecution for failing to produce proper evidence relating to this case.

“But as the court has pronounced its judgment by taking its own view, we will move the upper court. I hope that we will get justice,” he added.

Patnaik further said that a total of 135 cases had been registered against his client of which the court has earlier acquitted him in 52 cases, which included murder, loot and abduction.

The Maoist leader, who was arrested in July 2014, was operating in Southern Odisha districts of Rayagada, Gajapati, Ganjam, Kandhamal and Nayagarh.

In February 2019, the Supreme Court had rejected his bail plea in the Nayagarh police station attack case, diminishing his chances of walking free despite being acquitted by courts in Odisha in multiple cases.

He had moved the top court after Orissa High Court, in 2018, squashed his petition, pertaining to this case.

More Of Odisha At Cannes With ‘Antardhwani’