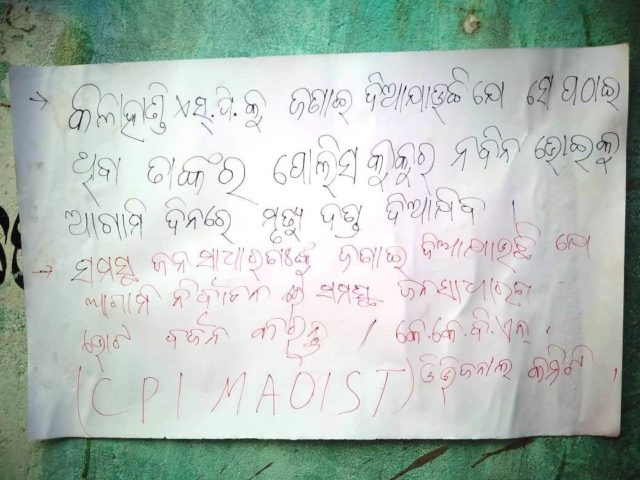 Sources said the posters, issued by the Kandhamal-Kalahandi-Boudh-Nayagarh division of the outlawed outfit, urged residents to not vote in the upcoming elections. They have also told the Kalahandi superintendent of police that they will kill a police official named Nabin Bhoi.

Such posters have also surfaced in the Kalimela bus stand area and other places in Malkangiri district on March 22. The posters were issued by the so-called Kalimela Regional Committee and also bear slogans against the state and central governments.

Similar posters and banners have also surfaced in Tanawat Square area of Nuapada district where the Maoists, under the banner of CPI Maoist Committee, asking residents to boycott the electoral process.