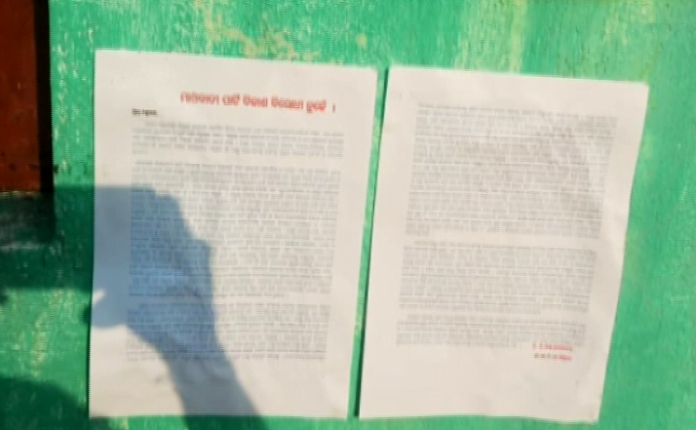 Kalahandi: Maoist posters asking people to boycott the ensuing Lok Sabha and Assembly polls have surfaced in some areas under Guchhapada police limits of Kandhamal district on Wednesday.

Sources said the posters were issued by the KKBN division of the outlawed CPI Maoist.

The posters were found at Guchhapada square and in some trees on Baindapada road and even in government buses, sources said. Notably, Maoist posters surfaced at Barabandha panchayat under Rampur police station limits of Kalahandi district on Tuesday.

Such posters have also surfaced in the Kalimela bus stand area and other places in Malkangiri district on March 22.