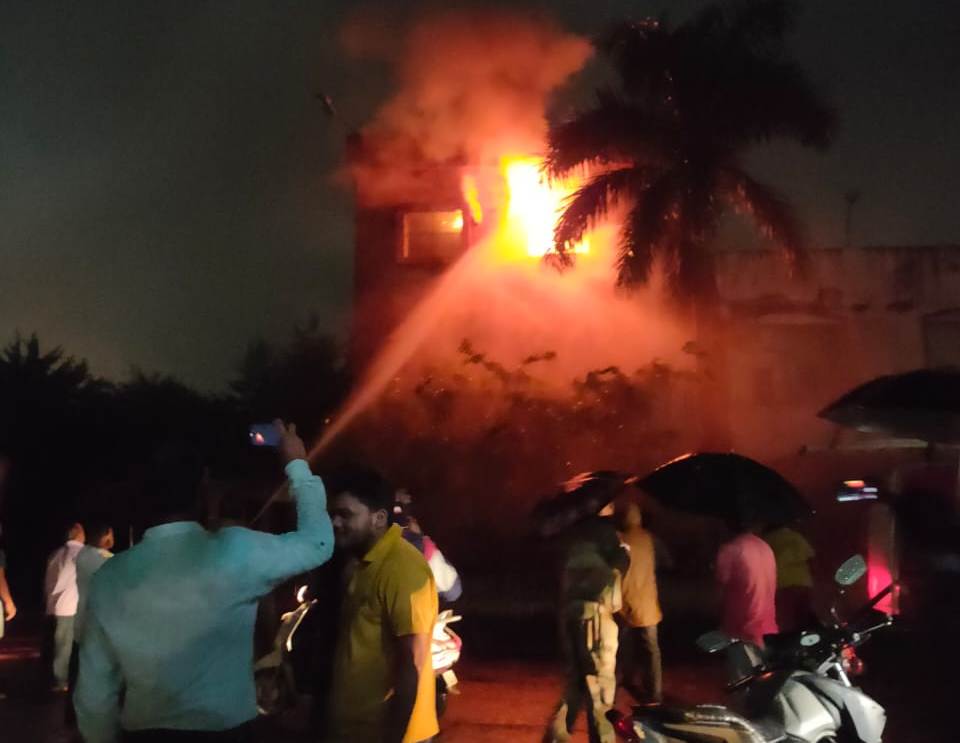 Bhubaneswar: A massive fire broke out in the Syndicate Hall inside the Administrative Block of the Utkal University here on Thursday evening.

According to sources, some students noticed the fire in the hall near the office of the Vice-Chancellor on the first floor of the Administrative Block and informed the university authorities.

On being informed, three fire tenders rushed to the spot to douse the flames.

The university officials had a meeting in the same hall barely an hour ago before the fire broke out, the sources added.

Though the cause of the fire is yet to be ascertained, a short-circuit is suspected to have triggered it.