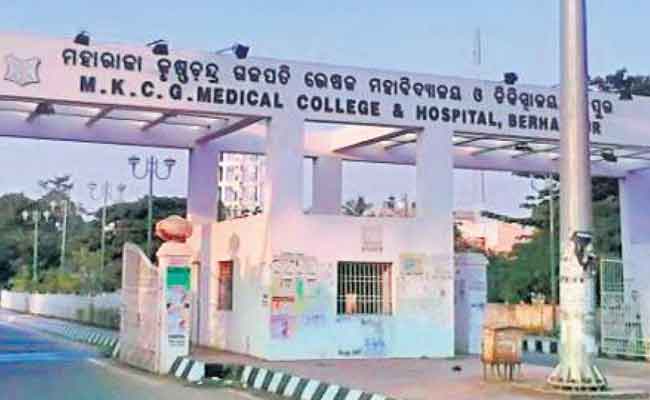 Berhampur: With the Medical Council of India (MCI) bring informed about an incident of alleged ragging in MKCG Medical College and Hospital, here, the college authorities have geared up to take stringent action against those involved in the matter.

According to sources, a first year student of the college had complained to the MCI about the ragging through e-mail on October 4 last year. The complaint stated that some house surgeons of 2016 batch had detained the first year students inside the college auditorium and questioned the girl students using filthy language.

The junior students were not allowed to go outside the auditorium to prepare for their examinations, said the complaint which did not mention name of any student.

MKCG sources said the first year students have denied to have complained to the MCI, while the house surgeons have expressed their innocence during a meeting with Berhampur sub-collector V Kirti Vasan.

With the MCI directing the Dean-cum-Principal of the college Prof Abanikanta Mishra to inquire into the matter on the basis of the complaint, the latter has locked the college auditorium.

Vice-principal Dr Durga Prasad Satpathy said, “We would definitely inquire into the alleged ragging as a complaint has been registered with the MCI. We would inquire about the student who has sent the e-mail and summon the students before the Anti-Ragging Cell to clarify the situation on October 8.”