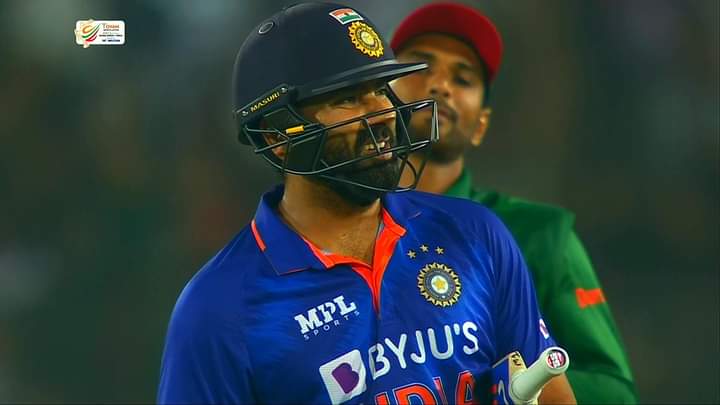 Mirpur: A spirited and fighting Bangladesh humbled Team India by 5 runs in another close finish here on Wednesday evening to take an unbeatable 2-0 lead in the three-match ODI series.

It was India’s second ODI series defeat in Bangladesh, following the setback in 2015.

Chasing 272 to level the series after having lost series-opener by 1 wicket, India stopped at 266/9 in 50 overs to fall one stroke short despite injured skipper Rohit Sharma’s heroic unbeaten 51, coming in at No. 9.

Rohit, who hurt his left thumb while fielding in the third over of the match, had to be rushed to a hospital for a precautionary X-Ray. Though he didn’t suffer a fracture, Rohit’s finger was taped and he stayed put in the dressing room and didn’t open the batting.

The captain finally came out with India tottering at 207/7, and needing 65 runs in 44 balls.

He didn’t show too many signs of discomfort and smashed a 27-ball 50, hitting 3 fours and 5 sixes. He nearly took his side home but failed to hit a six off the last ball as Mustafizur Rahman produced a good yorker.

Like in the first match, when Bangladesh rode a 51-run last-wicket partnership to victory, India let the rivals off the hook yet again.

Some fiery bowling by Mohammad Siraj and Umran Malik, followed by Washington Sundar’s crafty off-spin, put India on top as Bangladesh stumbled to 69/6 at the end of 19 overs.

But then India took the foot off the pedal as Game 1 hero Mehidy Hasan Miraz (100 not out) and Mahmudullah (77) added 148 runs for the seventh wicket.

From a hopeless situation, Bangladesh posted an impressive 271/7.

It was Shreyas Iyer (82) and Axar Patel (56) who rescued India with a century partnership, but India were still some way off from the target when both were dismissed.

Rohit tried to take things in his own hands, defying the thumb injury, but fell agonisingly short.