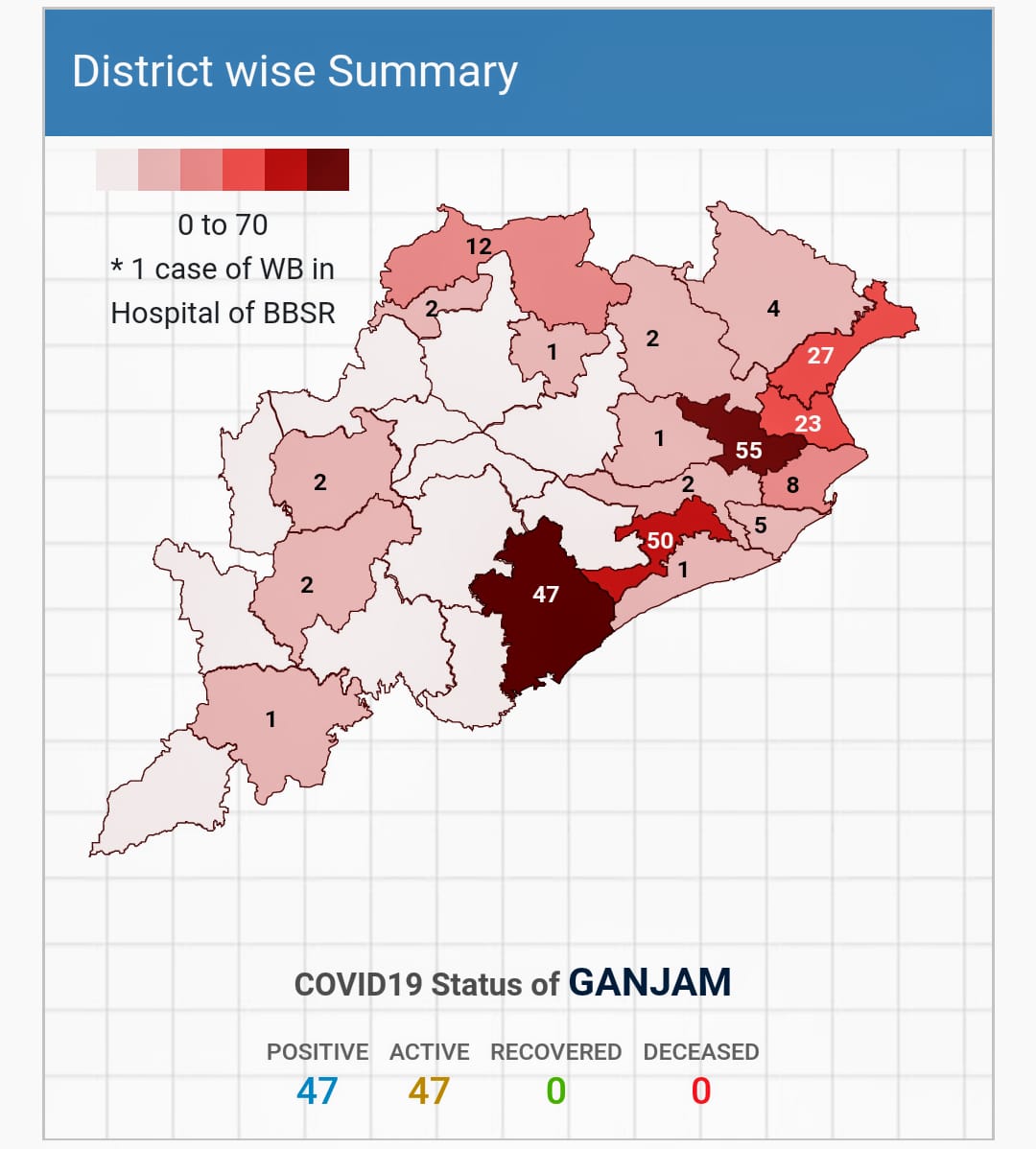 Bhubaneswar: The 26 new cases detected in Odisha in the last 24 hours are Surat returnees, the I & PR Department tweeted on Friday.

While 19 among them are from Ganjam, five are from Kendrapada and two from Bhadrak.

The men in the age group of 21 to 58 years were symptomatic, it added.

All Surat returnees. Most are symptomatic.

Ganjam, which had managed to keep the virus at bay with stringent measures, saw a steep rise in COVID cases with the return of migrants to the district after the Centre allowed inter-state movement. It reported its maiden case on May 2 when two Surat-returned youth tested positive for the virus. The number rose to 47 in the last two days with 17 cases being detected on Wednesday alone and another 26 on Thursday. The district was classified as a Red Zone for very high doubling rate on Thursday.

All five new cases in Kendrapada are also Surat returnees. The district administration had earlier informed that the five belong to Sanjaia village in Pattamundai block. “They had returned from Surat on May 3 and were being kept in institutional quarantine at Pattamundai. After confirmation of their viral infection, they have been sent to Ashwini COVID hospital in Cuttack,” Kendrapada Collector Samarth Verma.

One each from Dhamnagar block and Basudevpur municipality have tested positive in the district, the Bhadrak administration had tweeted while identifying them as migrants from Gujarat.

Earlier, four Surat returnees each from Mayurbhanj and Jagatsinghpur, two from Balasore and one from Cuttack’s Tigiria had tested positive for the virus in Odisha.

Following the sudden spike in corona positive cases in Odisha with the return of migrants, the state government on Thursday had requested Union Health Minister Harsh Vardhan for pre-testing of the natives at the place of their departure.

Odisha has so far reported 245 corona positive cases, which include two deaths and 62 recoveries.