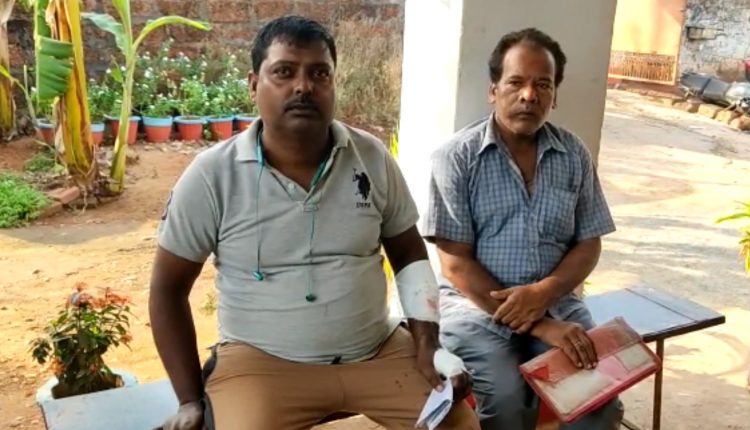 Dhenkanal: Three miscreants attacked a trader and looted Rs 3 lakh from him at gun-point in the district on Wednesday afternoon.

According to sources, the trader, Abhimanyu Sahu of Jirala village under Tumusinga police station left in his pick-up van to purchase grocery items for his shop from Malgodown in Cuttack in the afternoon. As he approached Ghodadian square near Pandua outpost, the miscreants came on a bike and blocked his way.

One of the miscreants brought out a country-made gun, pointed it at Sahu and told him to give his cash bag. As Sahu did not relent, another miscreant attacked the driver of pick-up van, Mrutyunjay Panda with a sharp weapon.

As Panda started bleeding in the attack on his hand, the miscreants snatched the money bag containing Rs 3 lakh in cash and fled on their bike.

Shu filed a complaint at Pandua outpost and took Panda for treatment of the injury. Police have started investigation into the case, but the miscreants have not been identified.