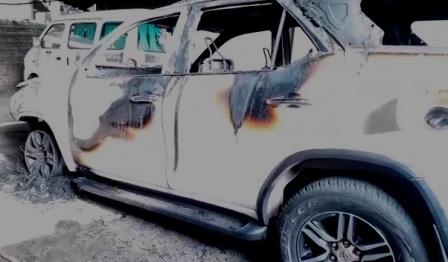 The incident happened at the BJD legislator’s camp office at Bharatpur near Bikrampur. Pradhan was reportedly present at the camp office during the attack.

According to sources, the miscreants arrived late in the night and locked the front gate of the camp office. They then set fire to a Toyota SUV and a bike parked outside.

This is not the first time that Pradhan had to face such an arson attack. On August 19, miscreants had torched two cars, two bikes and a bicycle outside Pradhan’s official residence at MLA Colony in Bhubaneswar. The MLA was visiting his home constituency at that time.

43 Dead In Fire At Luggage Manufacturing Factory In Delhi