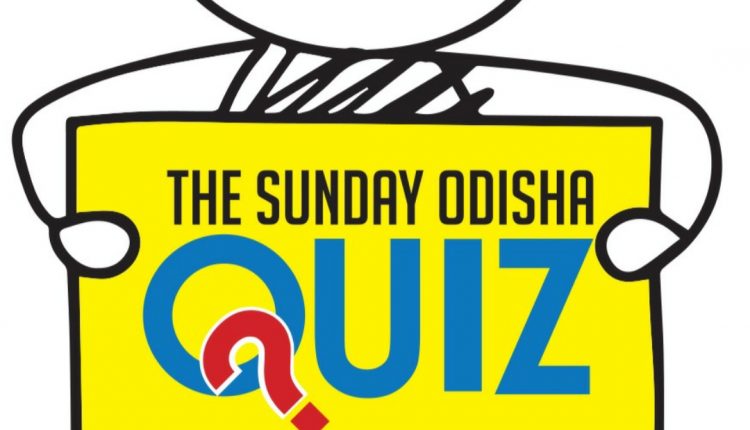 Share
The quiz culture needs a relook. There is something inherently problematic with it. It prioritises information over knowledge. It skims the surface instead of going deep, and it is often without a sense of context or purpose.
And it misses the point. Why, have you ever wondered, must kids in a rural school in India know the name of capital of Ethiopia or the president of Mexico? Isn’t it better that the questions make them more knowledgeable about their immediate surrounding and what they are going to grow up with -their history, culture, politics and so on? In short, quizzing should arm  people with knowledge that helps them grow.

1.The language spoken by India’s largest tribal community reaches Rajya Sabha, thanks to Sarojini Hembram, Odisha MP,
who used it to make a point during the zero hour.Identify.

3.Which are the three airports from Odisha to be included under UDAN-4?

4.Which sportsperson turned entrepreneur with the debut of ‘DT Delights’hotel in Bhubaneswar?

7.It is said that when Mahadev was taking Sati’s burning body to Kailash, her body disintegrated and got scattered all around India.
The places where her parts supposedly fell have all been marked as Shakti pithas. Where in Odisha are her toes believed to have fallen?

8.This Film personality studied cinematography in FTII before making adfilms and documentaries. He was one of the key cameramen of Richard Attenborough’s 1983 epic GANDHI.
He also won the National award for best children film for his movie “Baja” in 2003.Identify the famous Odia?

9.He primarily began his career in Hindi films like Bhuvan Shome, Ankur and Mrigaya.He won a National Film Award for Best Actor for Ankur.Identify this Odia actor?

10.He was sought after by Rani Lakshmibai for protecting her during 1857 revolution as she considered him a brother. He was addressed by fellow sepoys as “ Hajuri Panda” or “the religious guide”. Who is this inspirational figure ?

3.This Odia homoeopathic doctor from Berhampur fought his 33rd Election as an independent candidate in 2019. He may have faced defeat many times over
but his spirit is undefeated. He has contested Lok Sabha, Assembly and Rajya Sabha polls as an independent since 1962. All 33 times,
he lost his deposit. Among his political ‘rivals’ have been none other than Biju Patnaik and PV Narasimha Rao in the past.Identify him.
Ans:Shyam Babu Subuddhi

4.She was conferred the Sahitya Bharati Samman for translating the novel “Lajja” to Odia.Her father, Kalindi Charan Panigrahi was a Padma Bhushan awardee.
Identify her.
Ans:Nandini Satapathy

5.Which is the only temple in Odisha whose sculptures depict only the tales from Panchatantra?
Ans:Mukteswar Temple

6.Who had written this book “My Journey: A Tale of Two Births”?
Ans:Ileana Citaristi

8.This sweet is offered to Baladevjew, and originated in the Baladevjew Temple of Kendrapara. It is one of the Chapana bhoga of Jagannath temple?Identify.
Ans:Rasabali

9.Lord Jagannath offers rasgulla to his disgruntled consort Goddess Laxmi on his return from a nine-day-long Rath Yatra.
That day is now marked by Odias as Rasagola Dibasa (Day) every year.What is this festival knows as?
Ans:Niladri Bije

10.Who had written “Bande Utkala Janani”?
Ans:Bande Utkala Janani is an Odia patriotic poem written by Kantakabi Laxmikanta Mohapatra.
When Odisha became a state on 1 April 1936, this poem was made the state song of Odisha.