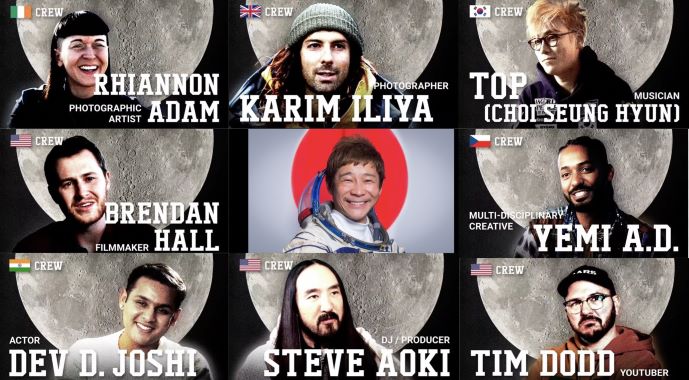 Tokyo: Indian actor Dev Joshi will be one of 8 artists to accompany Japanese billionaire Yusaku Maezawa on a planned journey around the Moon in 2023 on a rocket developed by Elon Musk’s SpaceX.

The 22-year-old Dev is a TV actor known for his portrayal of Baal Veer in Sony Sab’s ‘Baal Veer’ and ‘Baalveer Returns’. He has also acted in over 20 Gujarati movies and appeared in several advertisements.

An entrepreneur and art collector who made a fortune through his online fashion retail website Zozotown, Maezawa had invited applications online from prospective candidates.

“It’s been a year-and-a-half since MZ first opened the dearMoon admission to the public in search of artists to join him on this lunar orbital mission. After numerous interviews, medical checks and face-to face gatherings, we are finally ready to announce the crew members who will be joining MZ on this extraordinary trip to the moon on SpaceX’s Starship,” Maezawa said.

According to the dearMoon website, the project is the “first civilian mission” to the moon, to take place in 2023.

The SpaceX rocket will make a week-long journey to the Moon and back.

Maezawa had purchased all the seats aboard the rocket in 2018.

Each crew member was briefly introduced in a video posted online by Maezawa.

“I hope each and every one will recognise the responsibility that comes with leaving the Earth, travelling to the moon and back,” Maezawa says in a video posted online.