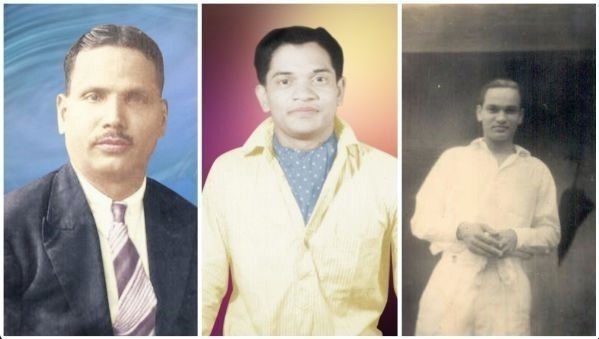 Berhampur: As another Ranji Trophy season looms and Odisha prepares to launch its campaign with an Elite Group A match against Baroda at Cuttack’s Barabati Stadium from December 13, it’s apt to look back at the history of the state cricket team.

Odisha has produced a number of world-class players who have gone on to represent the country. But very few know about the first family of Odisha cricket – the Patnaiks of Paralakhemundi, presently in Gajapati district.

They dominated the sport for generations since Odisha made its debut in Ranji Trophy at Jamshedpur’s Keenan Stadium in 1949.

Udhab, born at Srikaran Sahi Paralakhemundim was an allrounder and studied at Agriculture College, Coimbatore. He worked as Superintendent of the Home Farm of Maharaja Krushna Chandra Gajapati and retired as Director (Veterinary) after he switched over to a government job.

Sasank Sekhar, who postgraduated in Physics from Banaras Hindu University (BHU), was serving as Principal of Fakir Mohan College (Balasore) when he died on the day of his younger daughter Soma’s marriage.

Banabasi was the highest scorer for East Zone in the match against West Indies at Keenan Stadium. He was chairman of National U-19 selection committee till his death in 1997.

His younger brother Sasank Sekhar, who served as Principal of SKCG College Paralakhemundi, launched the Gajapati Memorial tournament in Paralakhemundi in 1975, a year after the death of Maharaja Krushna Chandra Gajapati.

Banabasi and Sasank were popularly known as ‘cricket brothers of Paralakhemundi’.

Babudhan alias Pramod Patnaik, son of Balaram Patnaik of the same family, played for the Odisha Ranji team from 1961 to 1967 as a batsman. He retired as Superintending Engineer of Gridco and presently resides at Cuttack.

The Patnaik family owes its gratitude to Maharaja Krushna Chandra Gajapati, who brought cricket to Paralakhemundi. During his years at Newington College (then Madras) from 1903 to 1912, he established the Paralakhemundi Cricket Club (PCC), where local talents were trained. The Maharaja prepared a playground inside the Royal Palace called ‘Daba Garden’ and brought an expert from Madras to prepare the pitch. He provided every player with a complete cricket kit, which was beyond their means at that time.

Players were divided into three groups — sub-junior (U-12), junior (U-15) and senior (16 and above) – who had to report daily for nets from 1 pm to 5 pm under the guidance of B V Ramanujam, the opener of Madras Ranji team. He taught at Maharaja’s College Paralakhemundi and also coached young talents.

There were scholarships, awards and job incentives to motivate and encourage trainees to take up cricket.

Interestingly, Odisha’s first-ever Ranji team was made up of players who all hailed from Paralakhemundi.