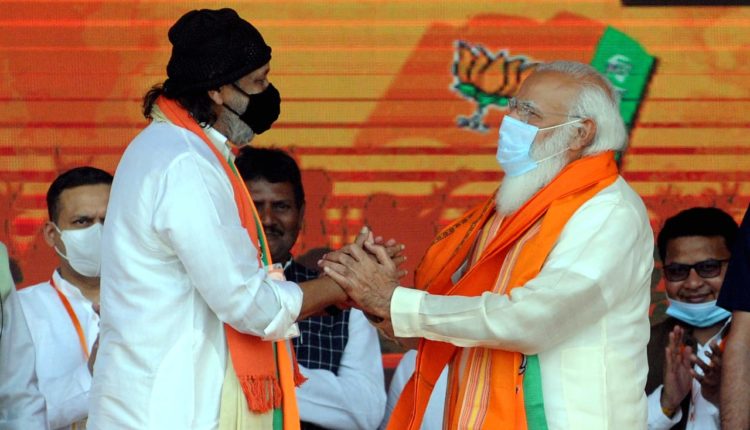 Usually, in a Y-plus security, the protectee gets an elaborate security cover comprising 11 commandos while a team of more than 55 security personnel is deployed at and around the residence of the VIP.

The Bollywood actor joined the BJP on March 7, ahead of the West Bengal Assembly elections. He was introduced to the voters of West Bengal as “Bangalar Chhele” by Prime Minister Narendra Modi at his Brigade Parade Ground rally earlier this week.

The Union home ministry has accorded X and Y category security cover to around 60 leaders in Bengal in the past one month, the report added.

Fact Check: Is Rajasthan Running Out Of Vaccines?

Indoo Ki Jawani Is An Utter Test Of Patience

Aryan Khan To Follow Rourkela Youth Out Of Jail? Here’s The Defence Strategy…

Bengal Polls: Brigade Rocks To The Tune Of Superstars Modi…